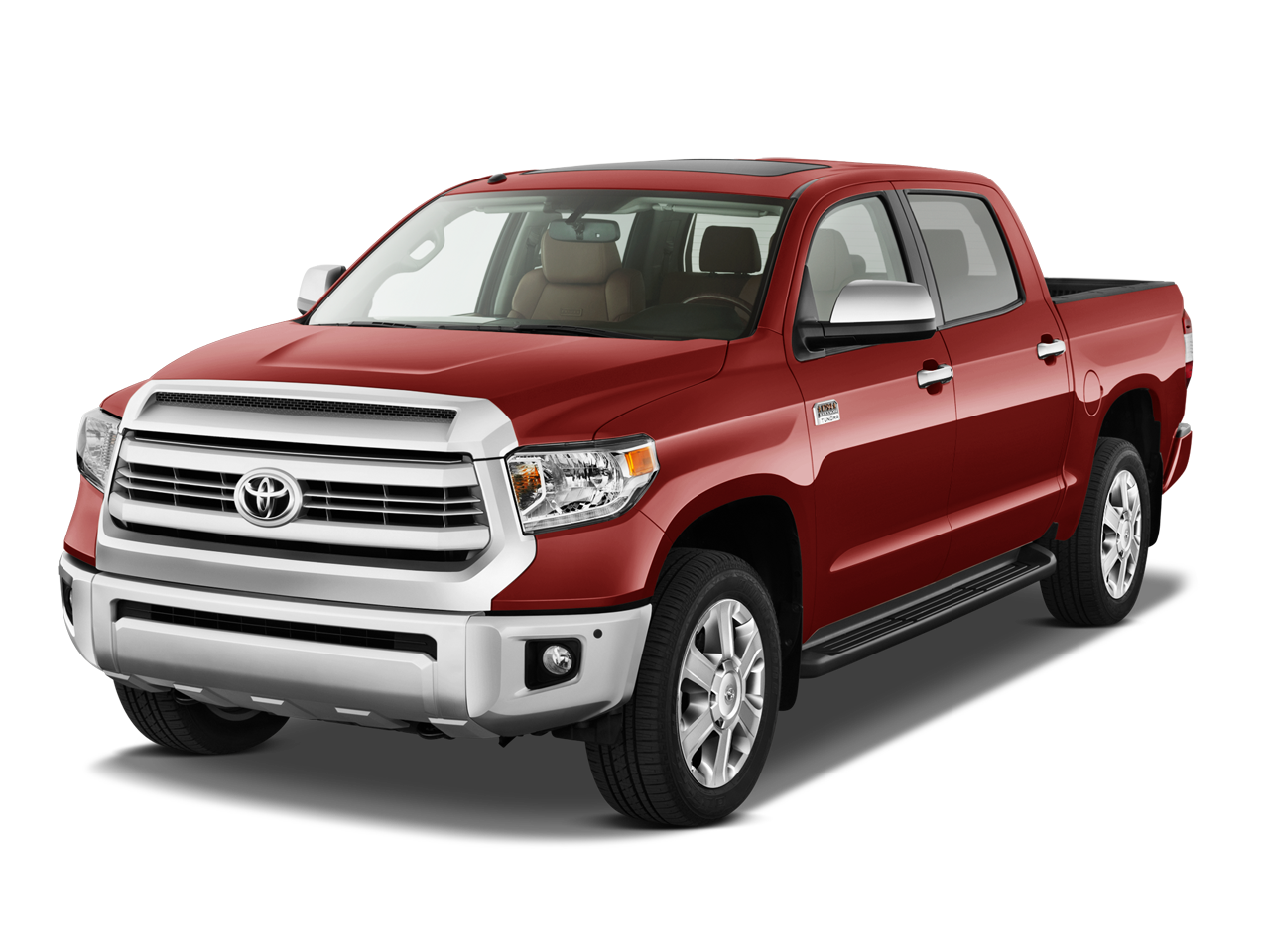 For 2016, the mighty Toyota Tundra pickup   has been very subtly altered. The lines are crisper, and there is brash new front end and grille that IS 40% larger than before. The basic shape remains, with new wheel wells and fenders that are more squared-off. The “Tundra” name is now embossed into the tailgate, rather than appearing as a chrome badge. At the rear, a subtle lip spoiler on the rear gate aids in aerodynamics. Overall the new Tundra looks sharper and more imposing- mainly I think, due to the new grille.

The new Tundra is offered in five basic trim levels in Regular, Double Cab, and CrewMax cabin configurations with standard bed and long- bed rear pickup boxes. The range starts with the: SR, SR-5, Limited, Platinum and a special edition called the “1794” which was our tester for the week.   Power plant options include two V8’s; either a 4.6 litre, or 5.7-litre unit, with different power outputs. All are hooked up to a six-speed manumatic transmission. The smaller 4.6 liter produces 310 horsepower and 327 pound-feet of torque. The larger 5.7L ramps up power to 381 hp and 401 lb-ft of torque.

The 1794 Edition we tested is very interesting. Based on the fully loaded Platinum version, the 1794 is named in honor of the year the Walsh Ranch, which is near the San Antonio, Texas factory that builds the Tundra, was founded. The 1794, is Toyota’s answer to the full sized,   fully loaded trucks such as the Ford F-150 King Ranch and the Ram Laramie Longhorn. On the beautiful deep, metallic brown truck we tested, prominent “1794” chrome badges adorn front fenders and big, shiny chrome wheels set off the paint. Based on the top tier Crew Max Platinum model, the 1794 Edition features 20-inch alloy wheels, dual-zone automatic climate control, Entune Premium Audio with Navigation and Apps, auto-dimming rearview mirror, power moonroof,  front/rear parking assist sonar with its own distinctive interior color theme  with a fabulous looking- light butterscotch perforated leather seats featuring contrasting suede inserts.  The top grade brown leather trim is echoed all through the cabin and the rear compartment.  Meanwhile, wood accents adorn the doors and dash, and the gauges feature black and silver dials.

The Tundra’s new interior makeover has been very well executed, with improved instrumentation, detailing and a massive front centre console box/arm rest with 23.7-litres of storage. The huge Crewmax interior will easily seat five, six- foot plus people and has amazing room both front and rear. In fact everything about the tundra is big inside, from the substantial doors, handles, controls, knobs to the big windows. Quality on every level is vastly improved in terms of textiles, plastics and fittings.

On the road, the big Tundra rides high with superb visibility and feels very much like a truck, although the ride quality is noticeably better than before. The Tundra’s double-wishbone front suspension setup and heavy-duty multi-leaf springs allow for excellent handling. Meanwhile as standard traction and stability control ensure a planted, confident ride on slippery roads. The big V8 is a solid performer with plenty of torque and smooth, well-modulated power delivery through the tach range. Braking is good, with large discs all round and A BS-enhanced brake-force distribution and emergency brake assist, also enhance safety along with the eight standard airbags including two inflatable blockers for the driver and front passenger’s knees.   Active safety features like stability and traction control, anti-lock brakes, trailer sway control, and the excellent four wheel drive system inspire confidence both on and off road. A properly equipped Tundra with the 5.7 Litre V8 has a 4,773-kilogram towing capacity and a payload capability of up to 861 kg.

The rear bed was lined with a tough, composite cargo line on our tester, cargo tie down points and a nice well damped tailgate that unlike its competition lowers softly and smoothly with just a few fingers. In addition the entire tailgate is easily removed, and is fully lockable if equipped with a tonneau cover or hard shell. One thing I would like to see is either a retractable rear or side steps or corner mounted steps to aiding access to the high rear cargo bed.

Overall, there is nothing to complain about with Tundra, especially the luxurious 1794 edition. It has the big V8 so it will have a fuel appetite. The 5.7 Liter engines fuel consumption is rated at 17.3/13.0 (City/Hwy).  Whether you work hard or play hard, the Tundra is a strong, powerful and comfortable truck loaded with feature. It arrives as either reasonably priced base models or in a range of more upscale models. The super-luxury 1794 edition is the pricy, but very well-equipped icing on the cake for this full size truck. Highly recommended.