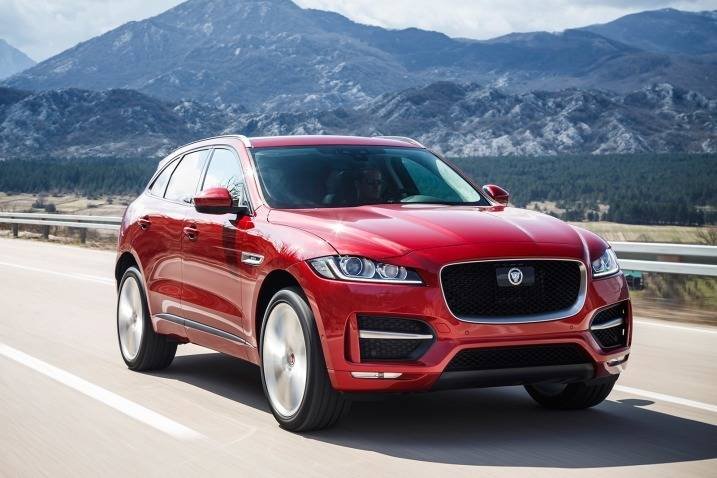 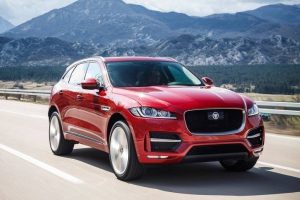 I have never heard a Jaguar jungle cat roar, I doubt many have, as it’s such a rare exotic animal, a bit like the new 2017 Jaguar F-Pace; a premium, luxury compact SUV from the Indian owned, British car maker. It is the first-ever SUV from the brand, and happy to say well worth the wait.   Designed by award-winning British designer Ian Callum, the F-Pace is sleek and sporty, as befits the marque and has the performance chops to boot. With its thrusting, honed good looks, low- stance, and large wheels it looks suitably expensive and fast. It is cutting edge too. The F-Pace,   is comprised largely of aluminum, helping to keep it lighter and more responsive and is fully up-to date technology wise.

Jaguar’s SUV comes in three models with a number of trim variants ranging from an affordable 2.0 litre turbocharged diesel, (available in September.) at $49,900 while the flagship F-Pace, ($66,000) offers a 380 horsepower 3.0 litre supercharged V6. Canadian-market F-Paces will be offered with a choice of either the 340 or 380 horsepower V6, mated to an eight-speed automatic transmission and a torque-on-demand AWD system.

The 380-horsepower V6 is exclusive to the F-Pace S model, and can launch the crossover from zero to 100 km/h in only 5.5 seconds, claims Jaguar, and on to a top speed of 250 km/h. Jaguar is hoping to bring in a slew of much younger buyers into the Jaguar showrooms; and the new relatively affordable prices of the F-Pace may well swing that.

Don’t expect the plush, burl wood, gentleman’s club interior of your Daddy’s Jaguar. The F-Pace interior is strictly modern, with a sleek, more minimalist look. The look is high- end, with quality looking aluminum accents and contrasting colors. In our tester, black leather seats with cool red inserts, trim accents and cool purple, accent, ambient lighting gave the F-Pace a dynamic look and feel. The center floor console houses Jaguars signature round gear selector that rises up from its place, as if by magic. The F-Pace center dash console is dominated by a large touchscreen interface that houses media controls, navigation, climate control, and phone pairing. The instrument cluster, features an optional in-control touch pro infotainment system that has a 259 mm (10.2-inch) capacitive touch screen. In front of the driver is a 312 mm (12.3-inch) HD instrument cluster with full-screen navigation display, supplemented by a laser head-up display just above the dash on the lower windshield. Also available is in-control Wi-Fi, capable of hosting up to eight devices. Self-parking capability, heated front and rear seats, a heated steering wheel, a huge panoramic glass roof and adjustable ambient lighting are just a few of the optional extras in the F-Pace that make it a luxury premium ride. It also possesses a roomy cabin front and rear, with decent enough room for all passengers. With the rear seats up, there’s 33.5 cubic feet. With the 40/20/40-split seats folded flat. The impressively large 650-litre trunk space offers more storage than similar SUV’s. Only one grip is the strange position of the window control switches, which sit on top of the side door panels and really should be lower down on the armrests.

On the road, press the accelerator and the F-Pace emits a fiery, whooshing growl of an exhaust and an engine woof that reminds you this is a SUV with Jaguar performance DNA. It’s a pretty exhilarating sound and you can emit it whenever you have more judicious use of the throttle.

All-wheel drive in the F-Pace is on-demand. The system sends 90 per cent of torque to the rear wheels under normal driving conditions, but changes torque to a balanced 50:50 front and rear on surface such as grass and mud. The tight sports-car-like handling helps the big Jaguar feel firm and planted, even on tight twisty curves. Unlike some other larger SUV’s there is very little body roll on the F-pace and handling is exceptional for an SUV, almost sports-car like.

Its 8-speed automatic transmission is responsive, smooth and can be activated by the fast acting paddle shifter behind the steering wheel. There are no real issue I could detect with the Jaguar F-Pace (Apart from the placement of the window buttons). With a very attractive starting price, the F-Pace is a hugely attractive offering compared to the usual Audi, Cadillac, BMW and Mercedes-Benz competition. Highly recommended, if you have always thought of looking at a Jaguar. Sporty, refined, fast and with an unmatched pedigree. This is one Jaguar everyone should have.