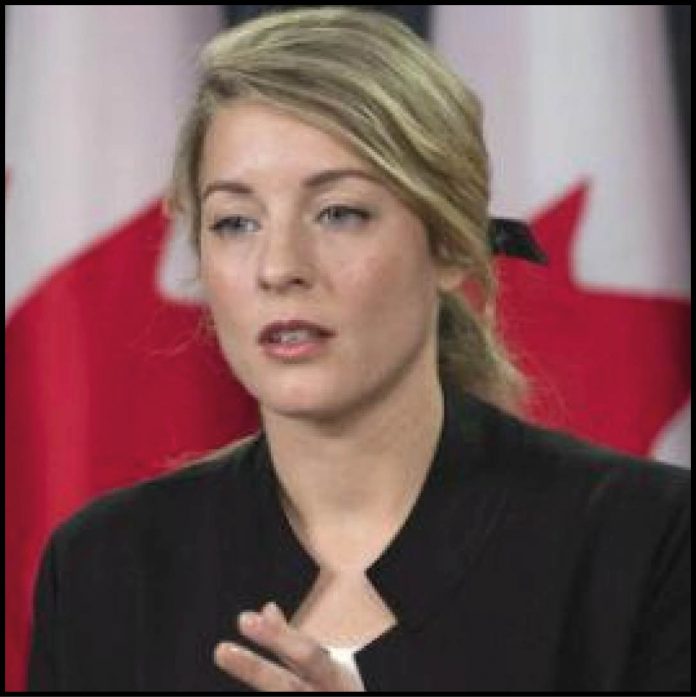 Ottawa: The federal government is working with G7 allies to craft new legislation that would allow for not just the freezing of sanctioned Russian assets, but seizing them on behalf of Ukrainian war victims.
The recent federal budget declared Canada’s intention to pursue the seizure-of-assets route, which has been the subject of a bill by an Independent senator that is on the verge of being passed in the Senate.
The government’s budget implementation bill also lays out its intent to enact a law that would broaden Canada’s current sanctions regime to allow for the seizure and repurposing of assets.
Foreign Affairs Minister Melanie Joly says the bill seeks to create the “ability for the government to be able to sell the assets that were seized, and afterwards to use the profits and to compensate the victims of this war against Ukraine.’’
She says because many Russians have assets in Europe and the United States, Canada wants to persuade other allies in the G7 to consider similar legislation.
Joly says the assets of Russian oligarchs in Canada are “substantial.’’
“We know that Russian oligarchs tend to be in other jurisdictions than Canada, and particularly in Europe, because of the close proximity and because of their family links,’’ she said Wednesday.
More money can be found in Europe “or sometimes in the United States,’’ she added.
“We’re looking at ways to further punish and seize things from people who have been sanctioned,’’ said Prime Minister Justin Trudeau Wednesday. “But that is work that is ongoing along with our partners.’’
Sen. Ratna Omidvar has a bill with that goal that is currently at third reading in the Senate. It would allow for the seizure of assets of rich Russian oligarchs loyal to President Vladimir Putin so that the money could be used to rebuild war-ravaged Ukraine.
Omidvar said Wednesday that she is pleased the Liberal government has included the “essence’’ of her proposed law, known as Bill S-17, in its budget implementation bill.
“Parliamentarians need to act swiftly by passing these measures and applying it to the dire situation in Ukraine,’’ Omidvar said in a statement.
Earlier Wednesday, Canada imposed sanctions on more than 200 people who are loyal to Putin in Ukraine’s eastern Donbas region.
Global Affairs Canada said the new measures target 11 senior officials and 192 other members of the People’s Councils of the self-proclaimed People’s Republics of Luhansk and Donetsk for supporting Putin’s attack on the
area.
Russian forces have been backing separatist rebels in the Donbas area for eight years following Russia’s annexation of the Crimean Peninsula in 2014.
That Russian-backed separatist insurgency claimed 14,000 lives before the Feb. 24 start of Putin’s full-scale war to take over the country, an attack that has faltered in the face of a determined Ukrainian resistance backed with western weaponry.
Putin has now refocused his war on Ukraine’s mainly Russian-speaking eastern region, pulling back from an unsuccessful attempt to take the capital Kyiv and drive out the government of President Volodymyr Zelenskyy.
The Canadian sanctions are focused on the renewed Russian attempt to annex areas of the Donbas by targeting people attempting to support the next phase of the two-month-old Russian war on Ukraine.
“We moved forward as strongly as anyone else did on sanctions from the very beginning, and the key on the sanctions is that we are totally united across the West and determined to continue to put pressure on anyone who supported Vladimir Putin,’’ Trudeau said.
“We are all looking at ways of moving forward and every conversation we have is about how we can do more as western countries to demonstrate that Vladimir Putin made a terrible mistake. He needs to lose and anyone who supports him needs to face severe consequences.’’