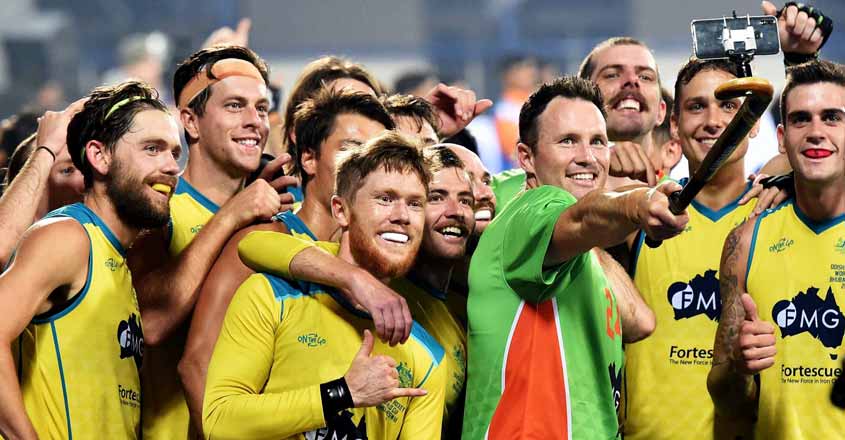 Bhubaneswar: Australia thrashed France 3-0 to enter the semi-finals of the ongoing Hockey World Cup 2018 at the Kalinga Stadium here on Wednesday.

Jeremy Hayward scored from the penalty corner as he found space between two players and the goalkeeper failed to protect.

Australia took a 2-0 lead as Blake Grovers found the back of the net in the 19th minute.

The Kookaburras scored their third goal from fourth penalty corner as a stunning work by Aran Zakerski put the finishing touch on the move.

In the semi-finals, Australia will now take on the winner between India and the Netherlands and that which takes place here on Thursday.

England scored three field goals through Barry Middleton (27th minute), Will Calnan (45th) and Harry Martin (49th), while Gonzalo Peillat (17th, 48th) struck both the goals for the losing side at the Kalinga Stadium here.