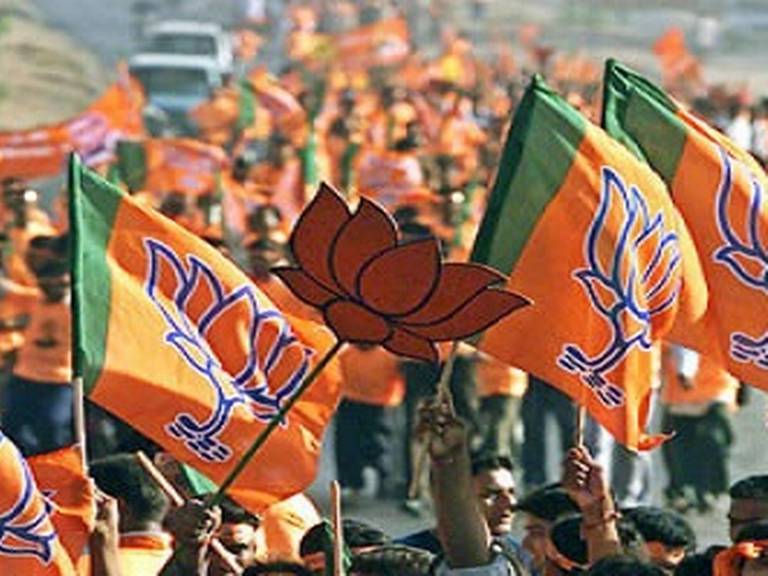 New Delhi, Sep 10 (IANS) The BJP has decided to contest 170 seats in the Bihar assembly polls — a major chunk in the 243-member house — leaving 73 seats for its three allies — LJP, HAM and RLSP, sources here said on Thursday.

Sources said the offer has not gone down well with Kushwaha and Manjhi, though they have publicly refrained from conveying their unhappiness.

Union minister Ananth Kumar, who is election in-charge of Bihar, held meetings with Kushwaha and Manjhi separately at his official residence here on Thursday and discussed the seat-sharing formula.

According to sources, the BJP has decided a broad formula in which each party will have 6-7 assembly seats in its share for every parliamentary constituency in its kitty.

However, this was opposed by Manjhi as his party has no parliament member, and pitched for seats as per numbers in the present assembly.

Manjhi has 13 MLAs whereas Paswan has no members in the assembly.

As per the formula, the BJP, which has 22 MPs in Bihar, was likely to get around 170 seats.

The BJP has offered 13 seats to Manjhi as his party has 13 MLAs.

Sources said Kushwaha and Manjhi on Thursday got irked with the number of seats offered to them. However, they avoided to air their views in public.

“A letter has been written to Amit Shah that he should decide the seat sharing at the earliest. We hope that the BJP would do justice to the seat sharing, keeping all the parties in view. We will accept the decision taken by the BJP,” Kushwaha said, soon after meeting Ananth Kumar.

“Whenever such talks take place, it takes time,” he added.

“Whatever decision the prime minister and the BJP president take, it will be okay with us. We have decided that whatever is in favour of Bihar and the NDA, that route will be taken,” said Manjhi.

Ananth Kumar said the decision over seat sharing between the BJP and its allies would be taken in the next 2-3 days.

“We are holding talks with our allies. The seat sharing will be very respectable. We will contest the elections together and will win it,” he said.

According to sources, the seat sharing announcement will be made in Patna after convening a meeting of the NDA leaders in a day or two.

Polls to the 243-member Bihar assembly will be held in five phases starting on October 12 and ending on November 5. Counting of votes will take place on November 8.