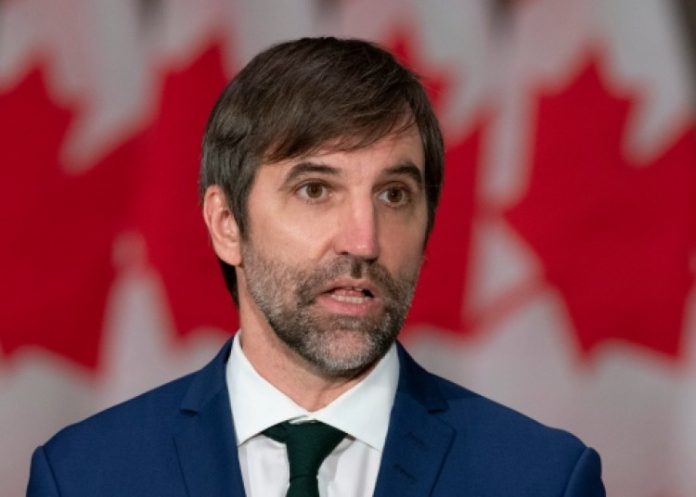 Ottawa: Canada’s environment minister fended off accusations Friday that UN climate negotiators are resorting to “weasel words” on addressing fossil fuel subsidies.
As United Nations negotiators wrestled over a final text in the closing hours of the Glasgow climate talks, Environment Minister Steven Guilbeault reiterated the Canadian view that subsidies should be phased out.
“Canada is in favour of having a text that states that we need to eliminate fossil fuel subsidies, and we would agree that ? a timeline should be put in there,” Guilbeault said at his closing press conference at the climate talks, known as COP26.
But he acknowledged that “not all parties part of these negotiations necessarily agree with that.”
The minister, who is a former environmental activist, was addressing sharp criticism of a draft text addressing fossil fuels that contained language calling for phasing out “unabated” coal power and “inefficient” fossil fuel subsidies.
“We have sadly seen the hand of fossil fuel interests interfering with that text to water it down with weasel words, like unabated and inefficient,” Catherine Abreu, a member of Canada’s net-zero advisory body and the executive director of Destination Zero, said at a separate press conference in Glasgow on Friday.
“This language ‘unabated coal,’ ‘inefficient fossil fuel subsidies’ _ we’ve seen it before. We’ve seen it in the G20 for 12 years _ ‘inefficient fossil fuel subsidies’ _ it means nothing.”
The dispute largely arises between those who argue science dictates all fossil fuel production and use must be phased out to save the planet from catastrophic warming, and those, largely in oil- and gas-producing nations, who see room for continued production and use as long as emissions are reduced or captured.
Eliminating subsidies that help make fossil fuels more affordable is one key part of the process, environmental advocates say.
Abreu called for “some decent language” in the final COP26 declaration to address the need to move more quickly towards a transition to renewable energy.
She said governments need to show more courage and admit the “need to phase out all new production of fossil fuels as soon as possible, including the billions of dollars that world governments spend on fossil fuel subsidies.”
Guilbeault said he heard the criticism but that it was premature to judge what will be in the final text.
“Someone earlier this week said, ‘Oh, my goodness, there’s nothing in the text about fossil fuel subsidies.’ And then we saw yesterday a version where there was language,” said Guilbeault. “There’s another version today.”
Canada has been promising to phase out fossil fuel subsidies since 2009, when it was first referenced by the G20 in a communique. Now, Canada is part of a G20 peer review process that is overdue reporting back on what subsidies exist in Canada and how they can be eliminated.
Prime Minister Justin Trudeau promised during the recent federal election to phase out subsidies by the end of 2023. But he didn’t identify what subsidies he meant, and in Canada there is no agreement yet on what constitutes such a subsidy.
Guilbeault touted the backing of his American counterpart, John Kerry, who denounced the continued subsidies as the “definition of insanity.”
Guilbeault said Canadians could take some quiet pride in what they have accomplished in the fight against climate change over the past few years. But he said they still have their work cut out for them to make their commitments a reality.
The minister referenced his background as an activist, saying there were high expectations coming into COP26 but that is because everyone recognizes that the stakes are high.
Guilbeault plans to travel by train across Canada in early 2022 to meet Canadians and discuss ways to implement the Trudeau government’s environmental agenda.
COP26 is seen as critical to global co-operation in the effort to limit global warming to no more than 1.5 C by the end of this century, with the final rules for implementing the 2015 Paris climate accord being discussed, and a push for all countries to come to the table with more plans to curb the greenhouse gas emissions that cause global warming.
“We either find a way of agreeing or we risk blowing it,” said Prime Minister Boris Johnson of Britain, the COP26 host government, as the quest for a final declaration continued and overtime loomed late Friday.
“If they can have the courage to do this deal … then we will have a road map that will enable us to go forward and start to remove the threat of anthropogenic climate change.”