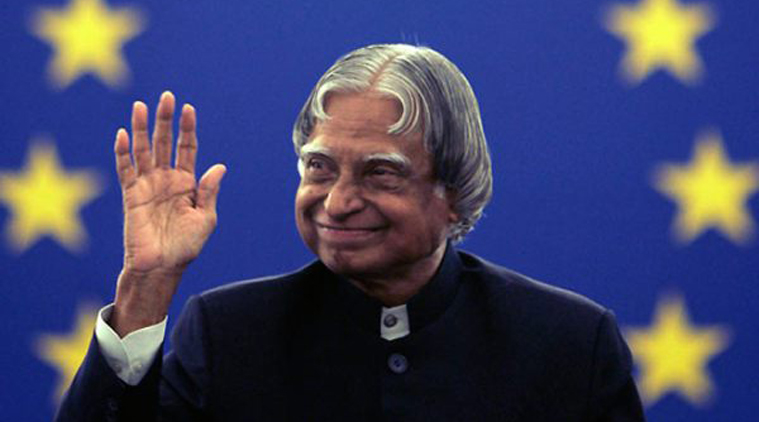 Shillong, July 27 (IANS) Avul Pakir Jainulabdeen Abdul Kalam, who won popular acclaim as India’s president from 2002 to 2007, died here on Monday evening after collapsing during a lecture at the IIM-Shillong.
“Kalam is no more,” Meghalaya Chief Secretary P.B.O. Warjri told IANS, shortly after the 83-year-old president breathed his last at the Bethany Hospital where he was taken to from the management school.
“The former president was delivering a lecture on ‘liveable planet’ when he suddenly collapsed,” IIM-Shillong official Merlvin Mukhim told IANS.
John Sailo Ryntathiang, director of the Bethany Hospital, said Kalam was brought “almost dead”.
“He is in a critical condition,” he said earlier. “We are trying to revive the patient.” But Kalam could not be saved.
One of India’s most accomplished scientists, Kalam was awarded the Padma Bhushan in 1981, Padma Vibhushan in 1990 and Bharat Ratna in 1997.
Born on October 15, 1931 at Rameshwaram in Tamil Nadu, Kalam went on to become one of the country’s most celebrated aerospace and defence scientists.
He played a key role in India’s nuclear test in 1998 when Atal Bihar Vajpayee was the prime minister.