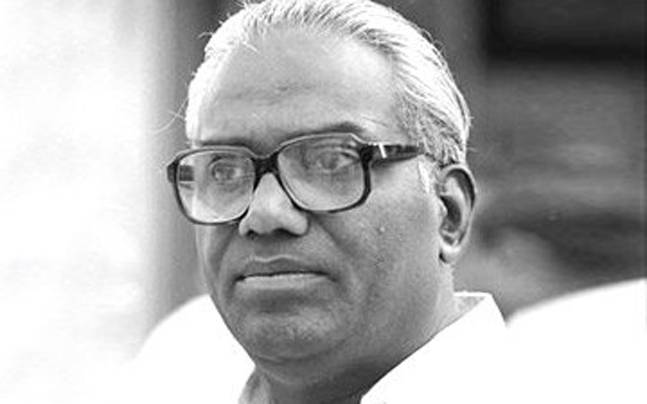 The judge-turned-politician and former Governor of Sikkim and Kerala is survived by his wife, a son and a daughter.

According to his family members, he breathed his last at his residence in Jubilee Hills.

Born on August 10, 1929, at Mamidipalli in Ranga Reddy district, Shiv Shankar was prominent leader from backward classes and served as a minister in Indira Gandhi and Rajiv Gandhi governments.

Shiv Shankar, whose political career spanned over four decades, was once considered the second most powerful leader in the Rajiv Gandhi cabinet.

After doing his LLB from Osmania University, he practised as an advocate before being elevated as Andhra Pradesh High Court judge in 1974.

Later, he joined Congress to begin his political career. Considered a symbol of composite Hyderabadi culture, he was fluent in Urdu, besides Telugu and English.

He was first elected to Lok Sabha from Secunderabad in 1978. He got re-elected in 1980 and became a Minister in the Indira Gandhi cabinet, holding the portfolio of Law and Justice.

Elected to Rajya Sabha in 1985 from Gujarat, he completed two terms till 1993. He served as a Minister for External Affairs, Commerce, Petroleum and Human Resource Development in the Rajiv Gandhi cabinet.

He was leader of the house in Rajya Sabha till 1989 and after Congress lost power, was the Leader of Opposition in the upper house till 1991.

He returned to active politics in 1998, winning Tenali Lok Sabha seat. However, he ended his long association with the Congress in 2004 after being denied a ticket.

He tried to revive his political career in 2008 by joining Praja Rajyam Party (PRP) floated by Telugu actor Chiranjeevi.

However, as PRP suffered huge defeat both in Lok Sabha and assembly elections and later merged with the Congress, Shiv Shankar’s political career had almost come to an end. He subsequently stayed away from politics due to old age and illness.

His son and Congress legislator P. Sudhir Kumar died of illness in 2002. Sudhir was kidnapped by Maoists from his house in Hyderabad in 1991 but was later released.

Recalling the yeoman services rendered by Shiv Sankar as Union Minister and Governor, he said that his memory will be cherished for his immense contribution to the country.

Telangana Chief Minister K. Chandrashekhar Rao expressed his shock over Shiv Shankar’s death. He visited his house to pay his last respects and condole with the family members.

In a message, he recalled the services rendered by Shiv Shankar as a leader, Judge, Union Minister, and Governor.

He directed the officials concerned to make arrangements for the official funeral of the departed leader who happens to be from Telangana region.