Surrey: “When I arrived in Canada at the age of ten, our neighbour invited us over for dinner,” said Tony Singh, President and founder of the highly successful Fruiticana chain of stores. “It was so special, and it meant so much, that I can still remember what we had, and showed me what being a Canadian was all about. Now it’s my chance to give something back, to give these refugees from Syria that same feeling.”

“Actions that are positive, help build communities and produce positive results,” says Singh. “I became a successful businessperson and Canadian because of a simple powerful message. I am sure many of these refugees, especially the children, will go on to make many positive contributions to Canada in the future.” 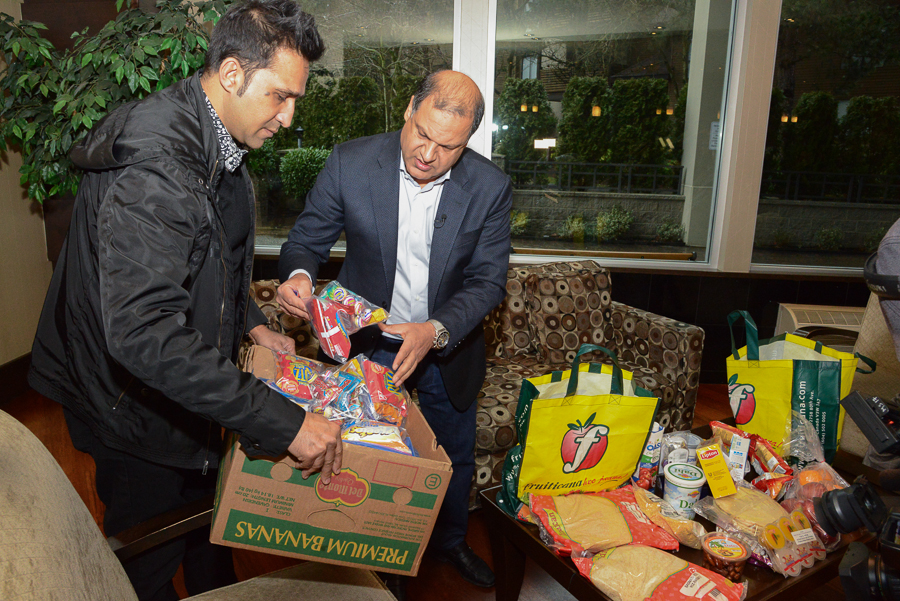 In a special presentation at the Surrey Welcome Centre, Singh presented each family with a week’s worth of groceries. Ultimately, he intends to provide 500 food baskets to refugee families. The baskets contain a wide array of products from fruits and vegetables to eggs, Philadelphia Cream Cheese, oranges, apples and apple juice, basmati rice, dates, flat breads, Danish Butter Cookies, teas as well as snacks and treats for the children.

In 1994, Tony Singh, Founder and President, carefully planted and nurtured a seed by establishing a small produce store in Surrey called Fruiticana. Nearly 20 years later, that seed has blossomed into a grocery-store empire that now encompasses 500 employees, 18 locations across BC and Alberta and annual sales of more than $100 million. Fruiticana has been recipient of various awards and accolades. Tony Singh was named Businessperson of the Year from the Surrey Board of Trade, while Fruiticana was recognized as the Best Ethic Grocery Store. He has received a Cultural Diversity Award, a Consumer Choice Award of Canada, an International Trade Award for Large Business from the Surrey Board of Trade, and the Premier’s People’s Choice Award for 2014 Business BC Awards. Tony Singh, an advocate for small business, firmly believes in giving back to the communities that have contributed to his success. He is one of the founding members of the SPARK Foundation, which is a non-profit organization that assists students in obtaining a university education despite difficulties they may face financially or otherwise. Fruiticana is a regular supporter of various sports and community programs, along with assisting in fundraising efforts for Surrey Memorial Hospital, Surrey Food Bank, BC Children’s Hospital Foundation, and the BC Cancer Agency.

Last January, The Asian Journal presented a profile of Tony Singh and Fruiticana. In that interview Singh spoke about the future he wanted to shape.