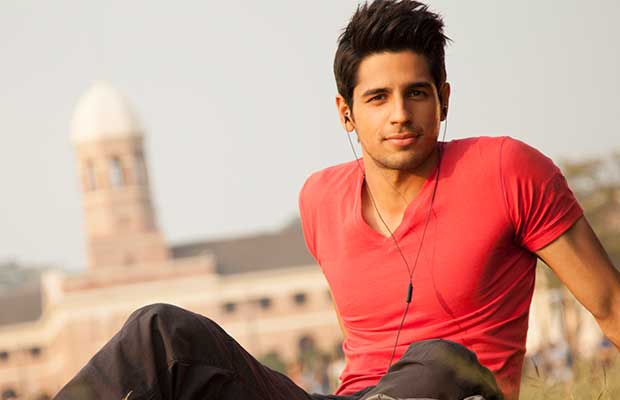 New Delhi: Bollywood gossip mills are always abuzz with rumours of his relationship with Alia Bhatt, but Sidharth Malhotra has always chosen to keep mum. The actor says he prefers to be guarded about his personal life and lets his work do the talking.

Asked why he is so guarded about his personal life, Sidharth told IANS in an email interview: “I am here for my work and my work speaks to my audience. At home, I am a private person and I like keeping it that way, may be that is why I come out as being guarded about my personal life.”

The “Ek Villain” star, who has no Bollywood connection, started his career as an assistant director in Karan Johar’s 2010 film “My Name Is Khan”. As an actor, the former model made his debut with the 2012 film “Student Of The Year”, which also starred Alia.

Coming from a non-Bollywood background, how difficult is it for an actor to survive in showbiz, where there is cut-throat competition everyday?

“Since I started my career in Bollywood as an assistant director, I had the knowledge about how films are made and the kind of efforts that go into making one. The past four years in the industry have been spectacular,” Sidharth said.

Appreciation motivates him to work harder, he added.

The 31-year-old, in his four-year journey in tinsel town, has worked in films like “Hasee Toh Phasee”, “Ek Villain”, “Brothers” and “Kapoor & Sons”.

Asked why actors only sign one film at a time nowadays, the actor who was brought up in New Delhi, shared: “It is very essential as an actor to be a perfectionist and have a knack for doing different roles over a period of time to keep their fans entertained.”

He says personally, he likes “to focus on one script at a time and do justice to the role and the movie I take up.”

But be it Abhimanyu Singh from “Student Of The Year”, Guru Pratap Singh from “Ek Villain” or Arjun Kapoor from “Kapor & Sons”, Sidharth has mostly essayed roles with a romantic streak.

He feels that the audience today is more open to unconventional stories and characters and have the option to explore different content they want to watch on the silver screen.

The actor will also be seen sharing screen space with actress Jacqueline Fernandez for a yet untitled film, as well as in a remake of the 1969 film “Ittefaq”.