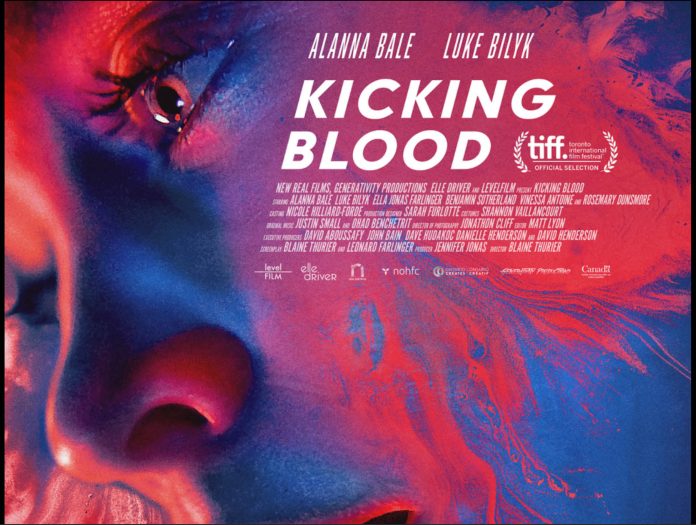 Do the right thing. Say isn’t that a nice concept. Didn’t one upon a time filmmaker Spike Lee kind of make that point with a film by that very same name which became a name and made A Spike Joint films a force to be reckoned with in Hollywood way back then. Consider Kicking Blood to be a step in the right direction. Hats off to the creative forces behind this offbeat film and cudos to 504PR for bringing this film to British Columbia cinema audiences before it goes live on streaming services.
Don’t you just love vampires? Well blood suckers and those deadly creatures of the night are on the loose in a big metropolitan North American metropolis in Kicking Blood. Just as the title slyly suggests going cold Turkey on sinking their teeth into their victims is at the heart of this thriller. But when a real lost soul somehow strikes a responsive humanistic chord into Anna all bets are off.
Cast as Anna, the sympathetic vampire with a heart is Alana Bale.
Just how she connects with the alcohol prone Luke Bilyk

speaks volumes on human emotion. How this friendship develops with romantic overturns helps make Kicking Blood a cut above all those traditional monster Dracula fables. Here we have a monster with a soul which makes Kicking Blood offbeat, different and highly watchable.