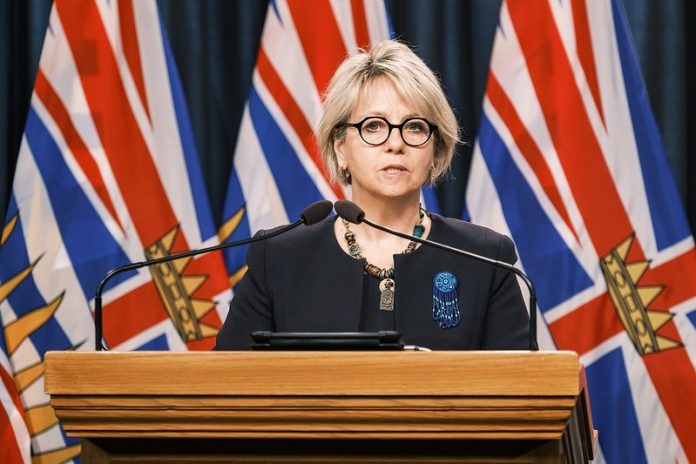 Victoria: COVID-19 immunizations are starting to make a difference in British Columbia and a gradual loosening of restrictions is being considered as the summer months approach, health officials say.
Government data is showing reduced community transmissions as more people receive their first doses of vaccine, provincial health officer Dr. Bonnie Henry said Thursday.
“We are in a place where we are in a good direction,’’ she said at a news conference. “We need to keep it up until at least the end of the May long weekend. We can see a future where we don’t have COVID-19 ruling our lives.’’
But Henry said any movement to relax current health restrictions on large gatherings and other activities won’t be under consideration until after the Victoria Day weekend and likely not until at least Canada Day.
She said any reopening plan will be small and gradual, “not a flick of the switch.’’
B.C. government restrictions on non-essential travel, group exercise and indoor dining are in place until May 24.
“What we are doing in B.C. is working,’’ said Henry. “We look to brighter days ahead.’’
Henry discussed government data that tracked 79,480 positive COVID-19 cases and the impact of vaccines between Dec. 27, 2020, and May 1, 2021.
More than 98 per cent, or 78,020 COVID-19 cases, were diagnosed in people who were not vaccinated or had received their first dose less than 21 days before testing positive.
She said of those who had received a first vaccine dose and 21 days had elapsed, 1.7 per cent or 1,340 people tested positive for COVID-19. Of those who received a second vaccine dose and were tested after seven days, less than half of one per cent or 120 people tested positive for COVID-19, said Henry.
“While there have been some infections among vaccinated people, anyone who has received a vaccine is lower risk than unvaccinated people,’’ said a government briefing document released at the news conference.
Health Minister Adrian Dix said more than 50 per cent of eligible people in B.C. have received their first vaccine dose, but he urged more people to register for their shot.
“Let’s face it, 500 to 600 cases a day is still way too high,’’ he said.
Henry reported 587 new infections Thursday and five deaths, bringing the total number of fatalities to 1,632 people.
Henry also confirmed a second person in B.C., a male in his 40s in the Fraser Health region, suffered the rare blood-clotting disorder after receiving a first dose of the Oxford-AstraZeneca vaccine, but he’s listed in stable condition in hospital.
“We are following this carefully,’’ she said. “It is rare but it is also serious.’’

Henry said Wednesday B.C. is holding its remaining stock of AstraZeneca vaccine to use as second doses for residents.

Canada’s deputy chief public health officer Dr. Howard Njoo said the country has recorded 18 cases of vaccine-induced thrombotic thrombocytopenia, or VITT, in people who received their first AstraZeneca dose and 10 other cases are under investigation.

Alberta, Quebec and New Brunswick have each reported a death after people received their first dose of AstraZeneca.

She said the incidence of the rare blood-clotting cases range from one in 83,000 to one in 55,000, depending on the results of current investigations.