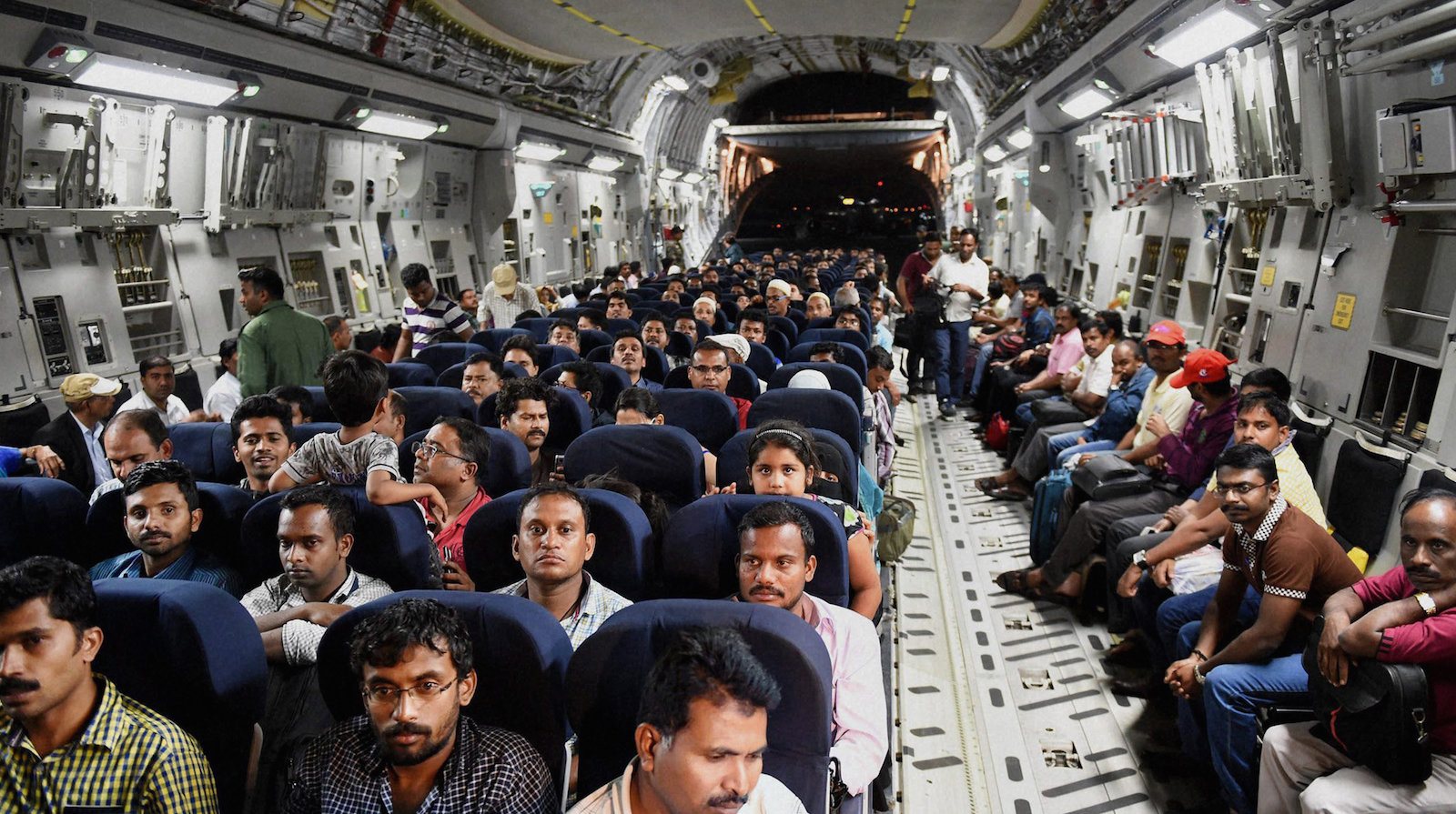 New Delhi, April 6 (IANS) A batch of 574 people was evacuated from Yemen’s capital Sana’a by Air India on Monday, and the massive coordinated efforts launched by various ministries, including the external affairs ministry, got a pat on the back from Prime Minister Narendra Modi who took to Twitter to express his appreciation.
External affairs ministry spokesperson Syed Akbaruddin tweeted: “Exceeding previous efforts. Evacuation by Air India today from Sana’a was highest thus far. 574 persons head from Yemen to Djibouti.”
India has evacuated over 3,000 of its nationals from Yemen so far by air and sea.
India also received requests from 23 countries, including Bangladesh, France, Germany, US and Sri Lanka, to help evacuate their citizens from strife-torn Yemen, which is witnessing continuing fighting between the Shia Houthi rebels and the Saudi Arabia-led coalition of 10 nations, which has launched air strikes in Yemen.
Prime Minister Modi in a series of tweets praised the repatriation efforts as well as that of his two ministers, External Affairs Minister Sushma Swaraj and Minister of State for External Affairs V.K. Singh, for personally overseeing the evacuation efforts.
“Salute the services of our civilian & defence officials & organisations in helping evacuate our citizens from Yemen. Continue your efforts!
“Seamless co-operation between organisations- MEA, Navy, Air Force, Air India, Shipping, Railways & State Govts greatly helped in rescue work.”
“Colleagues @SushmaSwaraj & @Gen_VKSingh (who has been on the ground for days), have co-ordinated evacuation efforts in an exemplary manner.”
He said the evacuation efforts in Yemen “reflect willingness to serve our people & readiness to help others in distress, which is India’s ethos”.
“I am also glad that India has rescued several non-Indian citizens from Yemen,” the prime minister said.
Sushma Swaraj also tweeted: “Twenty three countries have requested India to evacuate their citizens from Yemen.”
On Sunday, Sushma Swaraj tweeted that India would evacuate all Indian nationals from Yemen. “Nobody will be left behind for want of travel documents.”
She also said all Indian nationals have been evacuated from the southern Yemeni port of Aden. “The evacuation from Aden is complete – thanks to Indian Navy.”