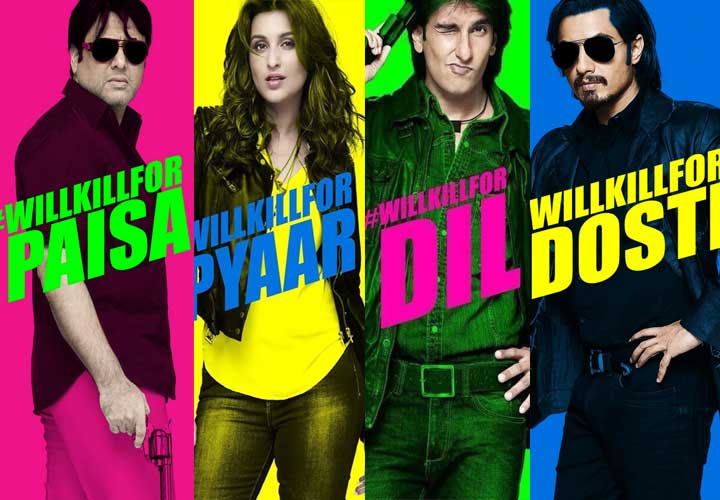 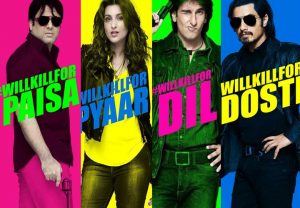 Indeed, the much loved dancing hero of 80’s, 90’s & 2000’s with incredible memories of Coolie No.1, Hero No.1, Bade Miyan Chhote Miyan, Raja Babu, Ankhiyon Se Goli Mare & Partner amongst many more classics, is making a comeback this week with Yash Chopra’s long awaited Kill Dill, but as a villain . Yes, you read it right, the most popular dancing hero with superb comic timing which has floored many popular heroines like Neelam, Karishma Kapoor, Juhi Chawla, Rani Mukherji and Raveena Tandon, is going to be seen as gun toting villain in Kill Dill with Ranveer

Singh, Ali Zafar & Parineeti Chopra. Govinda, who impressed all in Ilzaam, Love 86, Hatya, Radha Ka Sangam, Swarg, Shola Aur Shabnam & Khudgarz amongst his earlier hits, ruled the Bollywood with lighthearted comedy films one after another in 90’s but suffered a setback with the retirement of Neelam, Karishma & Raveena Tandon and yet, he showed the flashes of brilliance in films like Partner, however, the waning popularity and emergence of new faces posed challenges and the brilliant actor was totally sidelined for sometime until Shaad Ali’s casting coup with Kill Dill, which not only brought Ranveer Singh & Ali Zafar, Govinda’s biggest fans, together with their idol and matching the dancing steps . Already, the songs are a rage and the audiences are raring to see Govinda dancing, or shall I say, teaching some dancing steps to Ranveer, Ali & Parineeti . Whatever, Shaad Ali’s Kill Dill is going to be a treat to Govinda’s fans and never mind the villainy, because they’re going to see what Govinda does best, and that’s the dancing, so go out in full force to enjoy the ‘One and Only’ Govinda !!! 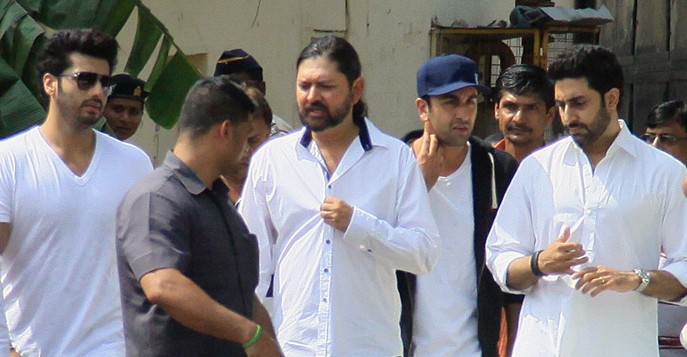 Producer-Director Ravi Chopra is No More!!!

his funeral was attended by almost all of Bollywood on November 13 in Mumbai. 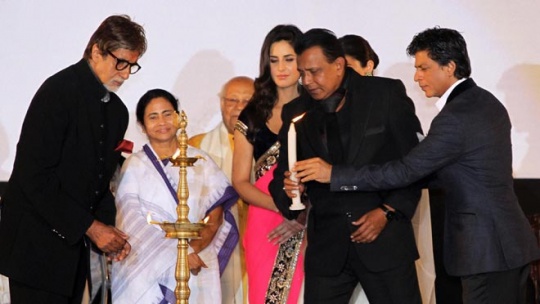 20th Kolkata International Film Festival (KIFF), the second oldest film festival of India, was inaugurated by Amitabh Bachchan, state ambassador Shahrukh Khan & Chief Minister Mamata Bannerjee at a glittering ceremony at Kolkata’s Salt Lake Stadium in the presence of Irfan Khan, Jaya Bachchan, Aishwarya Rai & Abhisheik Bachchan for what promises to be a major film festival with many international stars. Meanwhile, it has been announced that Amitabh Bachchan will inaugurate International Film Festival of India (IFFI) 2014 in Goa from Nov.20-30 and Rajnikant will be presented the Screen Icon award and the festival will present a tribute to Suchitra Sen & Farooq Shaikh as well.

Chaar Sahibzaade is a huge hit !!!

Harry Baweja’s long awaited Punjabi animated film Chaar Sahibzaade surprised many with superb showing all over the world. Approved by many organisations and acclaimed by almost all, the film shocked pundits all over as the film gained momentum from day one and went on to beat out rivals like The Shaukeens & Happy New Year in all overseas territories and from UK to Australia and USA to Canada, the verdict is loud and clear, that Chaar Sahibzaade is a big hit and it’s to be seen if this week’s new releases like Yash Chopra’s Kill Dill with Govinda, Ranveer Singh, Ali Zafar & Parineeti Chopra, 6-5=2, Money Back Guarantee & Main Aur Mr.Right will slow the increasing popularity of Chaar Sahibzaade. With that, it’s time to say good bye but not before reminding you all to watch the second episode of Yaadein with Indian Idol 2012 Vipul Mehta on Sunday, November 16 at 1 PM on SMC # 116 !