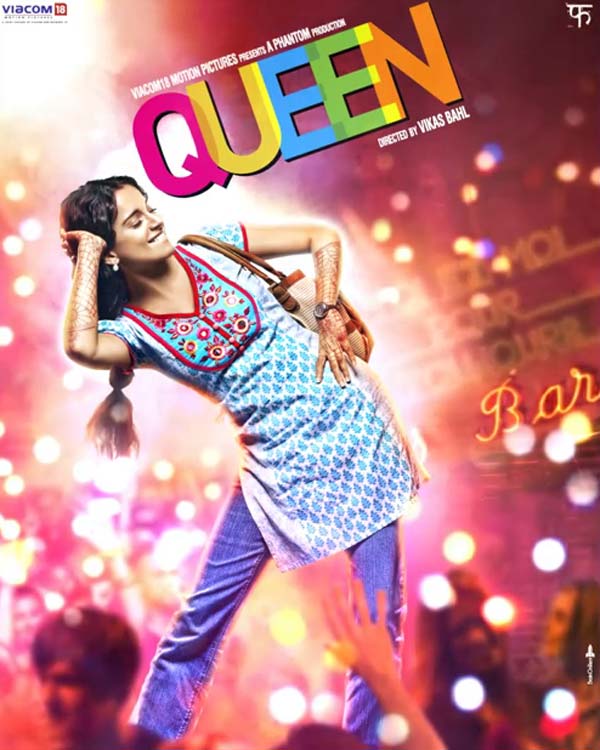 Aamir Khan beat his own record as PK became the highest grossing Bollywood film of all time and went on to smash Yash Chopra Film’s Dhoom 3 collection records and it’s not finished yet as the film continues to make money all over. PK has smashed records in USA, Canada, UK, UAE and even Pakistan, where it beat the record of War, the highest grossing Pakistani film of all time, and since the satellite rights of PK have not been sold yet, it’s safe to assume that it could easily cross Rs. 800 crores collections which would sure stay on top for some time until another Aamir Khan film comes out!!!

Shankar’s ambitious “I” with Vikram & Amy Jackson, Prakash Jha’s mad comedy Crazy Cukkad Family with Swanand Kirkire, Zayed Khan’s Sharafat Gayee Tel Lene & another Biapasha Basu’s horror film Alone, are all releasing this week and it’s to be seen how they’ll perform in this crowded week. Much was expected from Sanjay Kapoor’s Tevar with Arjun Kapoor, Sonakshi Sinha & Manoj Bajpayee, however, the film couldn’t perform to the expectation inspite of heavy promotion much to the disappointment of Bollywood. So far the 2015 has started on a sour note and though Raj Kumar Hirani’s PK is performing amazingly, many are dismissing it as Aamir Khan’s films normally do better, however, many biggies are still lined up for release in January and Bollywood is still hoping for things to get better.

India draws a blank at Oscars…. again!!!
Oscar nominations are out and once again, India drew a blank as A.R. Rahman, Sonu Nigam & Bickram Ghosh and Jacky Bhagnani’s Youngistaan failed to get any response for their compositions in the Best Song category; Amitabh Bachchan flew kites with Akshara Haasan & Dhanush to promote upcoming Balki’s Shamitabh and celebrate Makar Sankranti in Ahmedabaad, Gujarat; Salman Khan is shooting for Kabir Khan’s film Bajrangi Bhaijaan in Mandwa, Rajasthan and Mandwa has been seeing a rush of tourists ; Hariharan’s new `album Hariharan … Once Again and Pankaj Udhas’s new album Khamoshi Ki Awaaz are both out on cds; and with that, it’s time to say good bye but not before reminding you all to watch this week’s Yaadein on Kundan Lal Saigal, India’s Greatest Singing Superstar, on Sunday, Jan.18nth at 1 PM on SMC # 116.