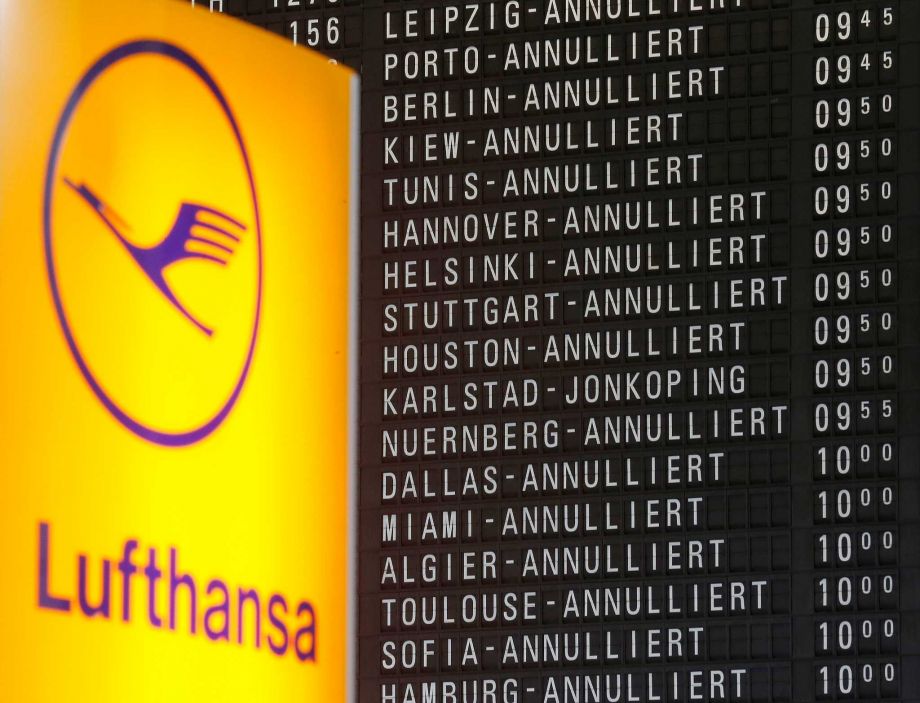 Lufthansa said it will operate 2,170 flights out of the 3,000 planned, assuring that long-haul flights will take off almost normally, but some trips that include transit could be cancelled, EFE news reported.

Flights from low-cost subsidiaries Eurowings and Germanwings as well as partner companies Swiss, Brussels and Air Dolomiti will operate normally.

The protest action is to continue on Saturday and will affect all long-haul routes leaving Germany, the pilot union Vereinigung Cockpit said.

In the first three days of strike, Lufthansa has been forced to cancel a total of 2,618 flights, costing it around 10 million euros ($10.5 million) a day in addition to damage to its image, the airline said.

This is the 14th round of strikes for Lufthansa pilots since the beginning of 2014 and for the moment there is no agreement between the trade union and the German airline.

The pilots rejected the latest offer of a 2.5 per cent salary increase until the end of 2018 and sought a cumulative increase of 22 per cent over a five-year period through April next year.