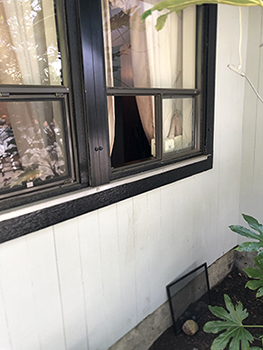 Coquitlam: A 24-year-old Coquitlam man has been arrested after an alleged break and enter. Now, he’s facing a series of charges including deliberately coughing on police.

On April 6, the Coquitlam RCMP Prolific Target Team (PTT) arrested Tyson Helgason less than one hour after a break-in to a home in the 2500 block Ashurst Avenue, Coquitlam.

We strive to be respectful even during an arrest, and with the new reality of Covid-19, we ask everyone that we’re speaking with if they feel sick or have any symptoms, says Corporal Michael McLaughlin with Coquitlam RCMP. In this case, the suspect confirmed with police that he was sick when asked. Despite being told not to face police, he allegedly turned his head towards three officers and purposefully coughed in their faces.

Helgason has been charged with the following, including an additional charge for an unrelated theft:

The elderly couple that was victimized was home at the time of the alleged break and enter.  They were not initially aware that a crime had taken place. Police were able to recover and return their jewellery and small amount of cash.