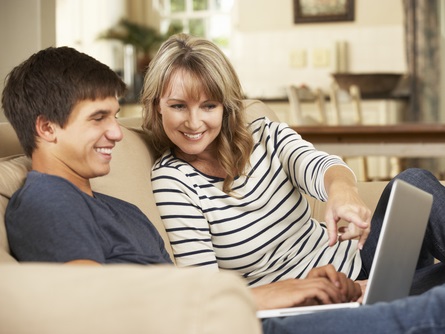 New York, July 17 (IANS) More and more parents are joining Facebook to give and seek emotional, social and parental advice to close friends, a new study has revealed.
While 75 percent of parents log on the the social networking site daily, mothers tend to use Facebook more than fathers, said the findings from a Pew Research Center study.
Nearly 37 percent of mothers are checking Facebook “frequently” whereas only 20 percent of fathers are checking new Facebook posts.
About 51 percent parents are using Facebook several times daily, SiliconBeat.com reported.
While 81 percent of parents try to respond to good news their friends have shared, 58 percent of parents try to respond to bad news as well.
Seventy-four percent have received support from friends on Facebook.
Seventy-nine percent of parents who use social media have found useful information on the social network with more than half finding useful parenting advice.
Parents are also more likely to have their kids, neighbours, colleagues and their own parents added on Facebook than non-parents who tend to have more of their current friends on Facebook, the findings showed.
Parents also tend to have closer-knit social networks than non-parents.
Of the median 150 friends that parents have on Facebook, a median 50 of those are “actual” friends.