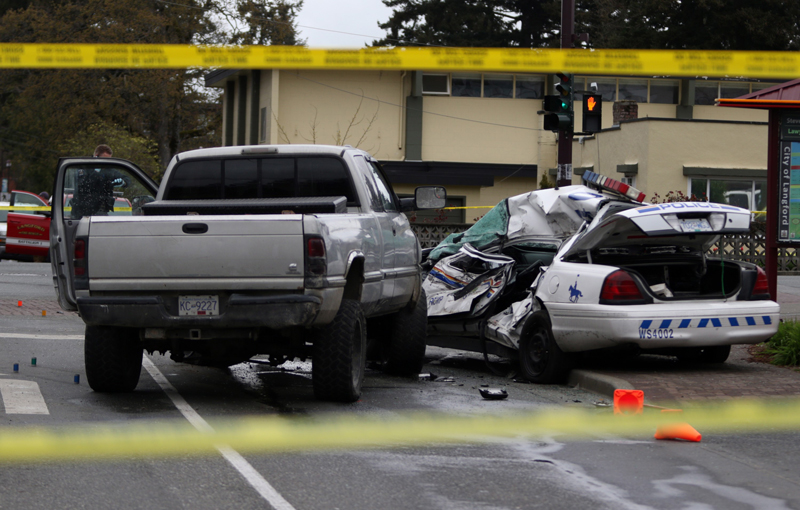 LANGFORD, B.C.: A criminal investigation was underway Tuesday after the death of an on-duty RCMP officer near Victoria.

Const. Sarah Beckett, an 11-year member of the force, died in a crash at an intersection in Langford, B.C.

“The death of a police officer is a stark reminder of the sacrifices and bravery of our police women and men who put themselves in harm’s way each and every day to keep our communities safe,” Goodale said in a statement.

In the statement, RCMP Commissioner Bob Paulson extended the department’s full support to Beckett’s family and to personnel of the force as they grieve the tragic loss of their colleague.

Mounties say Beckett, 32, was married and the mother of two young children. She spent her entire career with the RCMP serving on Vancouver Island, including in Port McNeil, Langford and Colwood.

“Right now, Sarah’s RCMP family of police officers and employees are beginning to realize the impact of Sarah’s loss,” Chief Supt. Ray Bernoties, district commander for the RCMP on Vancouver Island, told a news conference. “There are tough days ahead.”

The crash happened at about 3:30 a.m. Tuesday, and Bernoties said Beckett was pronounced dead just after 4 a.m.

The driver of the other vehicle was not seriously injured and was in police custody, he said.

Media photos taken at the site show a pickup truck and a badly damaged RCMP cruiser.

Bernoties said Beckett was working on general duty in a marked police car that was travelling on Goldstream Avenue when the collision happened.

Mounties were still gathering facts to determine what happened, he said, but a criminal investigation was being conducted by the RCMP and the Saanich Police Department was investigating the circumstances of the collision.

Bernoties wouldn’t say if the driver of the pickup truck was being pursued by police at the time of the accident.

“At this point I can’t go into any details of the investigation whatsoever,” he said.

“Nothing anyone can say will ease their pain during such a dark time. In the years to come, I hope they will take comfort in the knowledge that their mother was a hero,” she said.

“Each and every day, police officers put themselves in harm’s way to keep the rest of us safe. We should all take the opportunity to thank them more often.”