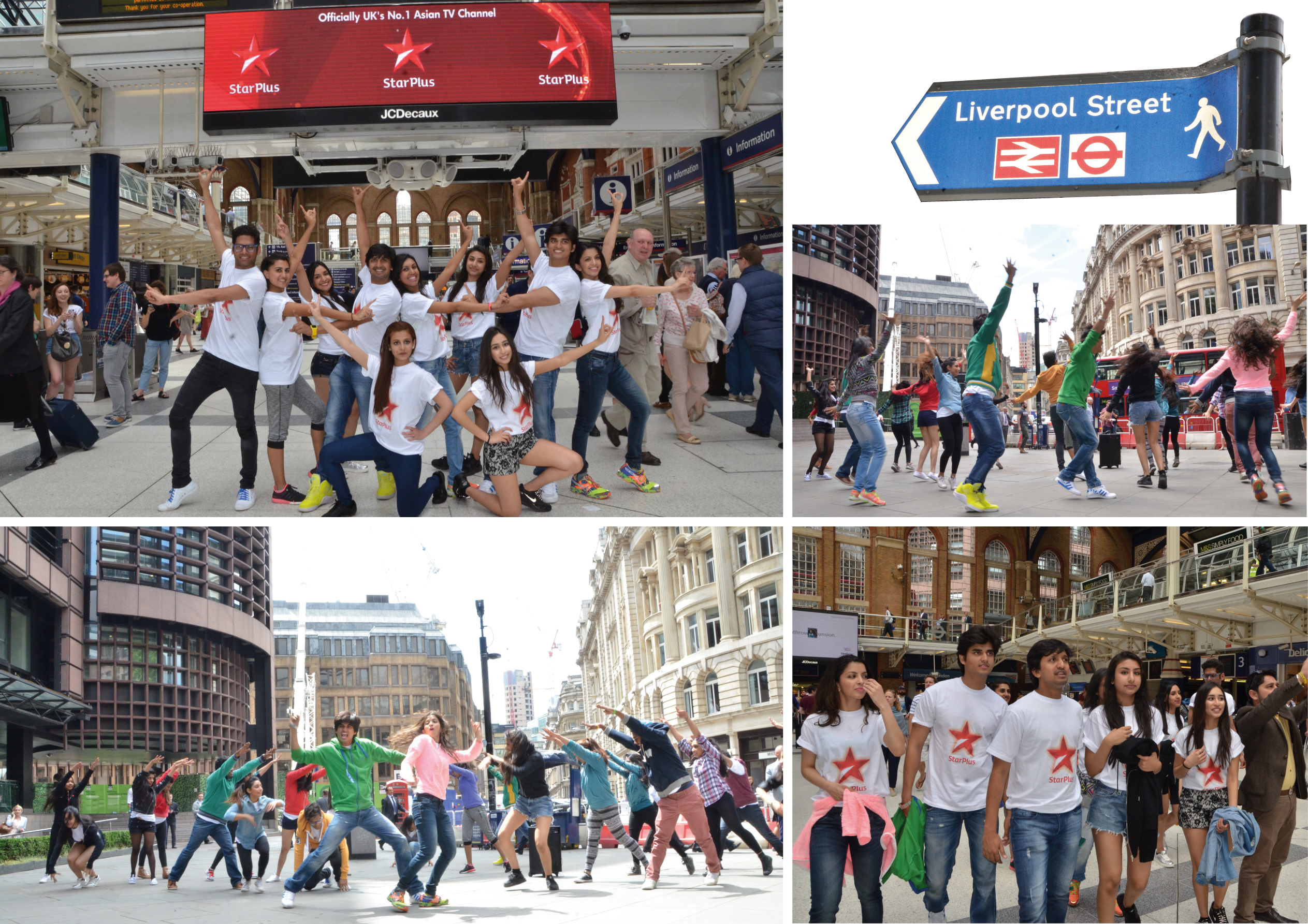 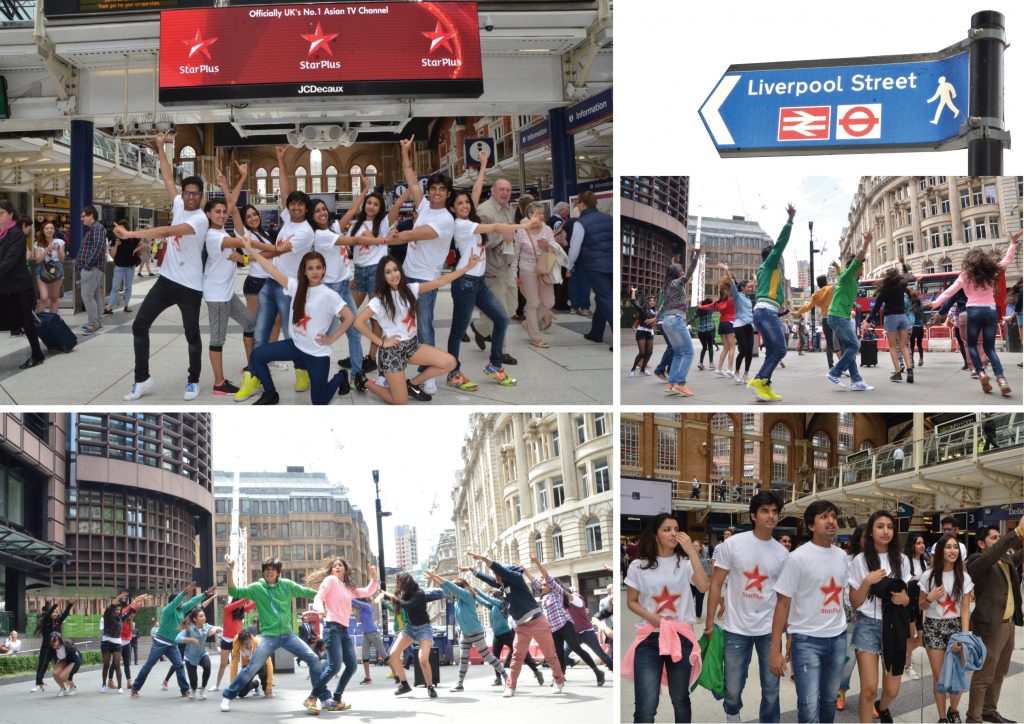 London, UK: Londoners were treated to a surprise performance last week on Wednesday 17th June 2015 as more than 50 dancers descended across the capital to take part in the UK’s biggest Bollywood ‘flash mob’ its seen. Starting with just six dancers, the ‘flash mob’ group quickly grew, with the performers emerging from all corners of the crowd dancing to catchy Bollywood tunes, as bystanders looked both delighted and bemused.
Calling themselves BollyMobUK, the dancers, mainly students from the Shiamak Davar’s London Dance Academy, stated they were inspired when watching the popular Indian dance show ‘Nach Baliye’ on Star Plus (literal translations “Dance with me my beloved”).
Gurjeev Singh Kapoor, President Star International said: “We are extremely pleased that one of our ongoing dance shows Nach Balliye on Star Plus has inspired a group of dancers to take the joy of dancing to the streets of London. We would like to take this opportunity to thank all our loyal viewers for watching Star Plus.”
Driven by the art and love of Bollywood dance, the lively bunch of dancers danced across the capital: Tower Hill, Liverpool Street, Southbank, Wembley Central and Hounslow Central to name a few– spreading some Bollywood magic with the aim to delight Londoners and spread joy all around.
Shruti Shah, Senior Instructor and Manager at Shiamak Davar International (UK) said: “All of my students are big fans of the dance show Nach Baliye and have always talked about the choreography or a dance they’ve loved on the show. Bollywood as a dance form has grown a lot over the years because of shows like Nach Baliye. We are grateful to have got the opportunity to take Bollywood to the streets of London with a flash mob – BollyMobUK.”
The upbeat performance by BollyMobUK has already been circulating across all social media platforms reaching nearly 17k views on its official YouTube page in a matter of 2 days since its compilation video upload on Sunday 21st June. In about 24 hours of it being shared on Star Plus Facebook page it has reached over 35,500 viewers and generated numerous shares reaching nearly 100K viewers as of today.
Nach Baliye is a dance reality-television series in its seventh successful season on Star Plus – Officially the UK’s No. 1 Asian TV channel and will have its grand finale on 19th July 2015. Star Plus is available on Sky 784, Virgin Media 803, Talk Talk 440 & CineFun TV.
Watch the one of the UK’s biggest Bollywood flash mob here:https://youtu.be/HlvCV1YtJFI
Catch Nach Baliye 7 on UK’s No.1 Asian channel Star Plus every Sunday at 8pm on Sky Channel 784 and Virgin Media 803.
#BollyMobUK #NachBaliye7 #TooMuch
@ShiamakLondon @ShiamakMidlands @STARTVUK