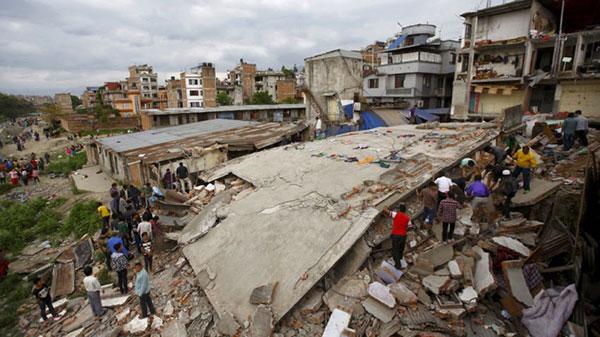 Kathmandu, May 18 (IANS) Nepal has imposed a temporary ban on constructing houses more than two storeys tall following the devastating April 25 earthquake and restricted approval for house and building design until mid-July.

Nepal’s local development ministry on Monday issued a circular to all 75 district development committees and 191 municipalities that are authorised to approve house designs and issue house building code.

The April 25 quake that was followed by 260 aftershocks rattled over a half million government and people’s houses in the country.

Government authorities have been blamed for giving permission for building designs without proper investigation, soil testing and in violation of building code.

Hundreds of houses built in urban areas were badly damaged due to violation of the building norms.

However, in quake-hit areas, those who commit to building quake resistant and environment friendly prefabricated panel houses of two storeys by providing the design can be allowed to build temporary houses after approval of land space and design by local bodies, said the circular obtained by IANS.

The ministry also stopped new land pooling and plotting by both government and private sectors for housing and resettlement.

Those who have already obtained the go-ahead signal to build houses and have their designs approved by the authorities, were also told to stop constructing houses until further notice.

The ministry urged the people to immediately demolish the houses that were built violating the building code.

It said it would take action against officials who were found approving building maps in violation of the building code.