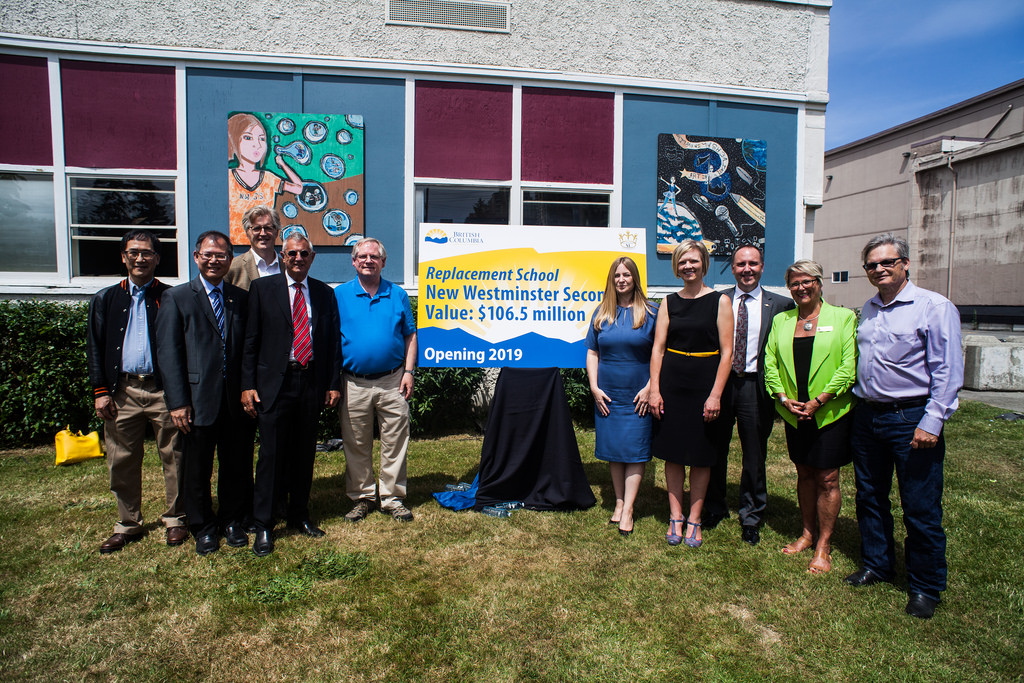 New Westminster: Nearly 2,100 students, from grades 9 to 12, will move into a new home in 2019 with today’s announcement of the $106.5 million replacement of New Westminster Secondary school (NWSS).

As the largest school investment in British Columbia’s history, the replacement of NWSS has been a top priority for a number of years, due to the school’s poor condition and high seismic risk. The old school was built in 1949 and is one of the largest secondary schools in B.C.

The new school will be designed to meet today’s standards for safety, accessibility and modern learning. It will also be designed to accommodate enrolment growth and possible expansions.

A design-build process will be used to construct the school, which is expected to start in 2017. The new school is expected to open in December 2019 after which the old school will be demolished.

The existing school was built on land formerly used as a burial ground, public works yard and staging area for the military during the Second World War. The new school building will be located on portions of the site outside the burial areas. All work within the designated heritage areas will be monitored by an archeologist to ensure the heritage requirements are met and any historic artifacts are appropriately recorded.

As the project moves into the design stage, the Minister of International Trade and Minister Responsible for the Asia Pacific Strategy and Multiculturalism will lead a stakeholder advisory committee that will engage with First Nations, Chinese and other key groups. That engagement will determine the best way to memorialize what happened on the old school site.

Government is able to make investments like New Westminster Secondary school, thanks to the Province’s fiscal discipline and strong economy. The project will also help ensure young people get a chance to learn the trades as it will be built under B.C.’s Apprentices on Public Projects Policy.

“Students and parents have a lot to celebrate with today’s announcement – and I am happy we are moving forward.  This project has been a long time in coming and I know it will change the future of education in New Westminster, while protecting the historical significance of this site,” said  Mike Bernier, Minister of Education