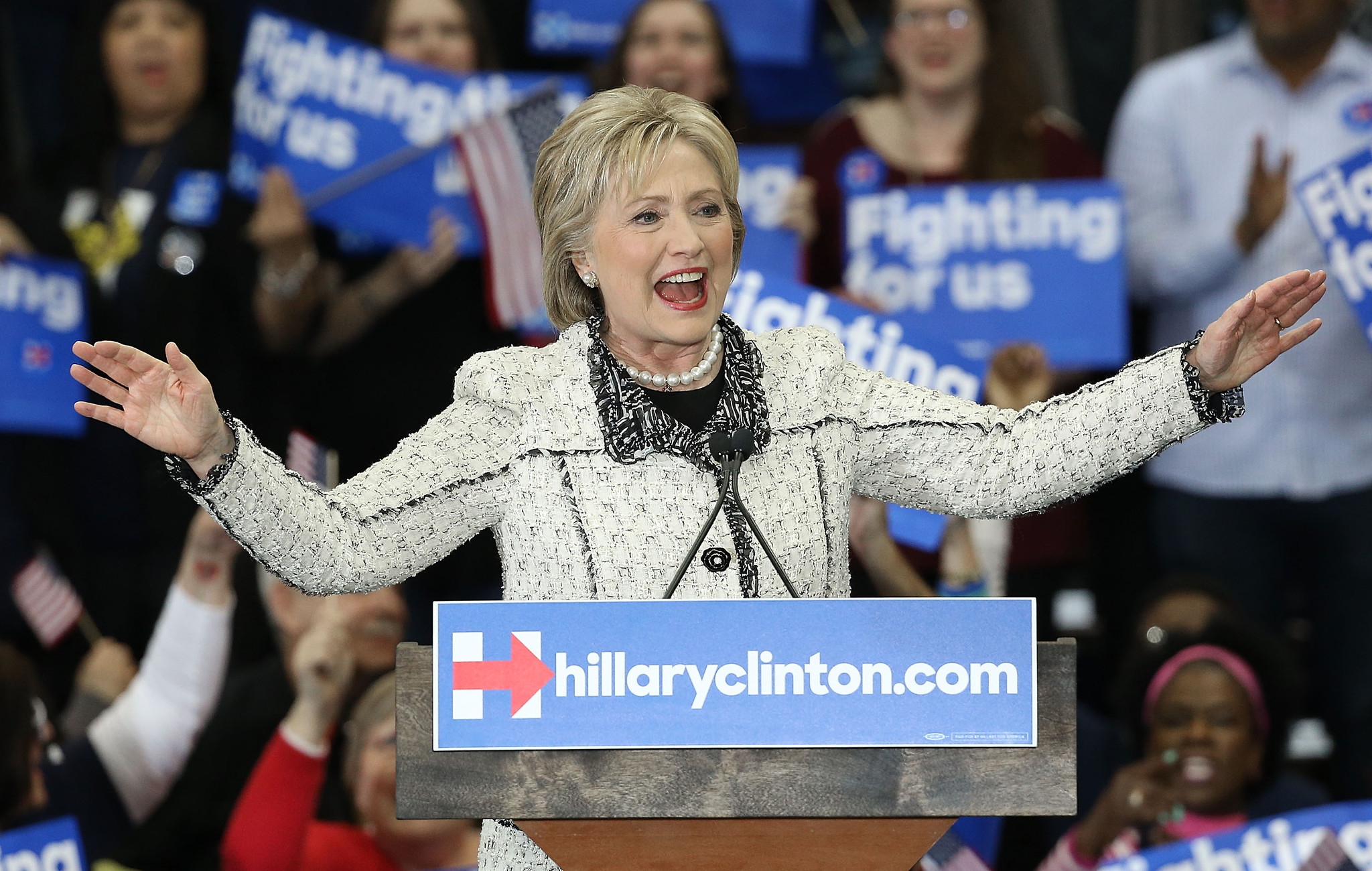 Washington: Hillary Clinton has clinched the Democratic Party’s presidential nomination, becoming the first woman in America’s 240-year history to be the presumptive nominee of a major US political party.

Hours after the news, Clinton got endorsement from House Minority Leader Nancy Pelosi, a California Democrat, on Tuesday as voters in California headed to the polls.

Clinton, 68, secured 1,812 pledged delegates and 572 superdelegates for a total of 2,384 delegates — one more than needed for the nomination.

The former first lady, senator from New York, will officially become the Democratic nominee at next month’s convention and face Republican nominee Donald Trump in a general election battle.

The former Secretary of State clinched the required number after a strong showing in Puerto Rico’s Democratic primary on Sunday and additional support from superdelegates.

On Tuesday, her delegate count is set to grow when the last six states, including delegate-rich California and New Jersey, hold contests.

“According to the news we are on the brink of an historic, historic, unprecedented moment. But we still have work to do, don’t we?” Clinton said in Long Beach on Monday as voters were poised to cast their ballots on Tuesday.

Her bagging the nomination will put further pressure on her Democrat rival Bernie Sanders to exit the race.

Clinton raked in the magic number a day after President Barack Obama spoke to Sanders over phone for around 30 minutes in a bid to unify the party ahead of the general election against Republican presidential nominee Donald Trump, said Bloomberg.

However, Sanders has vowed to stay in the race and force a contested convention.

“Secretary Clinton does not have and will not have the requisite number of pledged delegates to secure the nomination,” Sanders said in a statement on Monday. “She will be dependent on superdelegates who do not vote until July 25 and who can change their minds between now and then.”

As she crossed the final threshold, Clinton said in Compton, California: “It’s been an incredible journey. Having a woman president will make a great statement, historic statement about what kind of country we are and what we stand for. It’s really emotional.”

Campaign manager Robby Mook termed it “an important milestone,” but said that “there are six states that are voting Tuesday, with millions of people heading to the polls, and Hillary Clinton is working to earn every vote.”

According to reports, Obama is to formally endorse Clinton this week.

The President is to speak at a Democratic fundraiser Wednesday in New York.

Hillary Clinton enjoys near universal name recognition after her almost four-decade-long public life, which started as a political spouse in 1979 when her husband Bill Clinton became the governor of Arkansas.

In 1992, when Bill Clinton campaigned for the presidency, he once quipped that he was offering voters two presidents “for the price of one”, Xinhua news agency reported on Tuesday.

As the First Lady of the US, Hillary Clinton raised her profile in 1993 by aggressively campaigning for universal healthcare for all Americans. The campaign ended up being a fiasco.

Between the mid-1990s and the end of his second term in office, Bill Clinton became deeply involved in various scandals, including an investigation into a failed real estate project in which the Clintons had invested and his affair with a White House intern that led to impeachment proceedings.

In 2000, Hillary Clinton successfully ran for senator in New York State and easily won re-election in 2006.

She launched her first White House run in 2008 and was immediately viewed by many as the front-runner in the Democratic field.

However, she was defeated by then first-term Senator Barack Obama from Illinois in the nomination race, who later won the general election and became the first US African-American president.

Hillary Clinton was confirmed by the US Senate as Secretary of State in January 2009.

She entered the 2016 presidential race with strong momentum in April 2015.

But since then, her candidacy has been dogged by controversy around her exclusive use of a private email account and server while helming the US State Department.