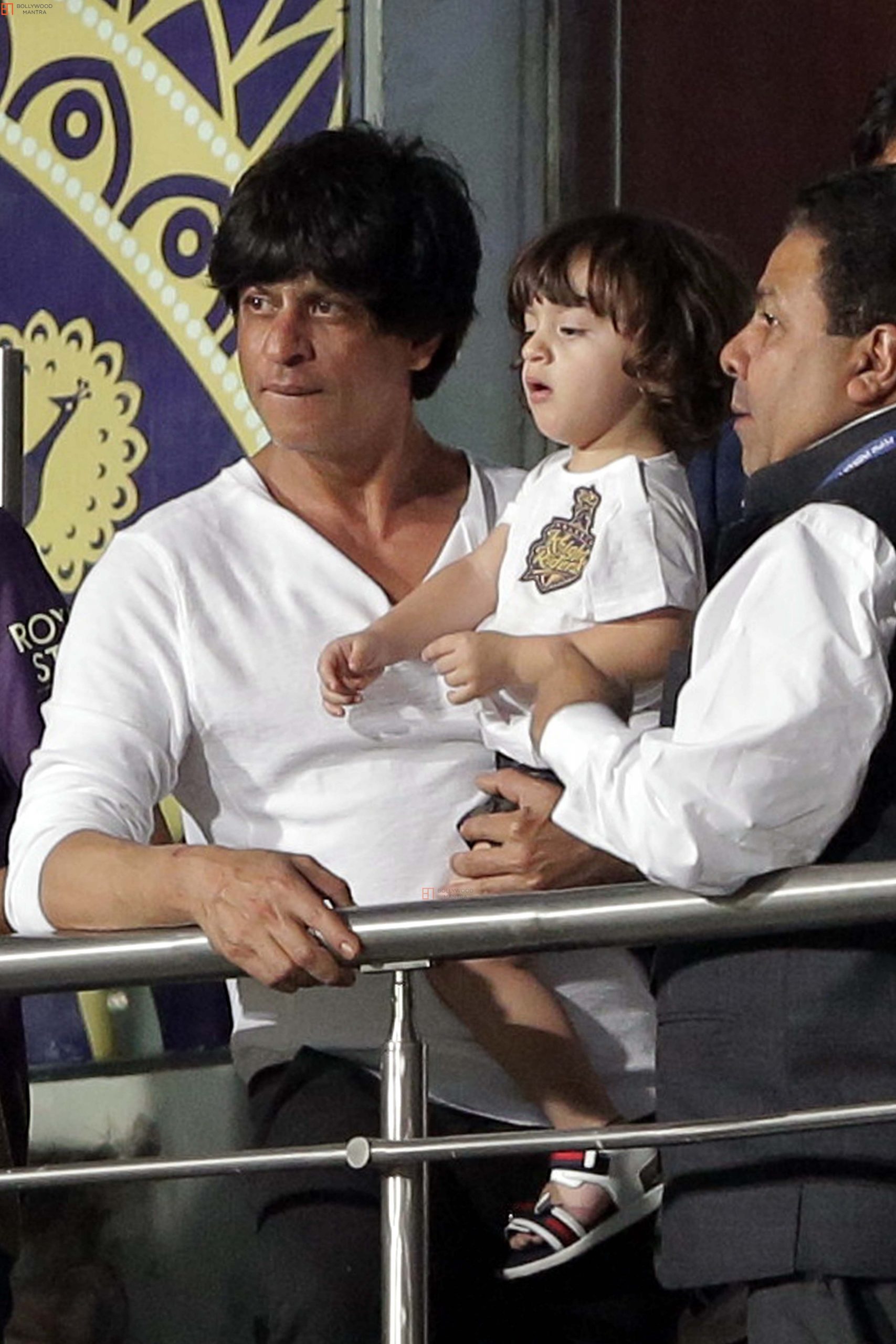 Kolkata: Superstar Shahrukh Khan feels it is the right time to introduce his baby boy AbRam to sports.

AbRam, who completes three years on May 27, was present at the Eden Gardens on Thursday with his celebrity father to watch the Indian Premier League match between Kolkata Knight Riders and Kings XI Punjab.

“Any sport, which will give him happiness. Yes, this is the best age to start introducing,” SRK said after the match which his team KKR won by seven runs.

Shahrukh said his elder son Aryan plays football, though he wanted him to take up cricket.

King Khan joked that AbRam could be a mystery fielder. “Because he stands in front, throws in front and the ball goes back”.