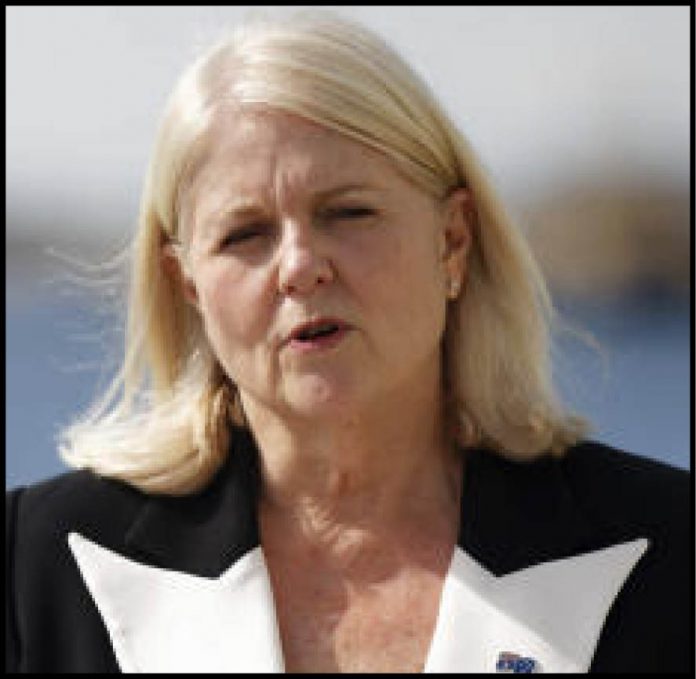 Canberra, (AP): A senior Australian minister on Wednesday suggested that China had deliberately announced its security pact with the Solomon Islands during an election campaign to undermine her government’s chances of reelection.
Home Affairs Minister Karen Andrews’ accusation is consistent with her conservative Liberal Party’s argument that Beijing wants the center-left Labor Party to win the May 21 election because Labor lawmakers were less likely to stand up to Chinese economic coercion.
Labor has described the government’s inability to prevent the deal announced by the Chinese and Solomons governments last week as Australia’s biggest foreign policy failure in the Pacific since World War II.
Andrews who is responsible for the Australian Security Intelligence Organization, the nation’s main domestic spy agency, and has access to classified secrets from other intelligence agencies _ said Australians should be “taking notice of and paying some attention to’’ the timing of the Solomons’ announcements.
“Beijing is clearly very aware that we’re in a federal election campaign here at the moment. Why now? Why, right in the middle of a federal election campaign is all this coming to light?’’ Andrews told Brisbane Radio 4BC.
“We talk about political interference and that has many forms,’’ Andrews added.
Australia angered China in 2018 by passing national security laws that ban covert foreign interference in domestic politics. The Chinese Foreign Ministry said at the time the government was prejudiced against China and had poisoned the atmosphere of China-Australia relations.
Jim Chalmers, a senior Labor lawmaker, dismissed the possibility of China attempting to use its Solomons deal to influence the Australian election.
“Even by the incredibly low standards of this government, I thought what Karen Andrews said was remarkably desperate and remarkably unhinged,’’ Chalmers said. “The Australian people will determine who wins this election.’’