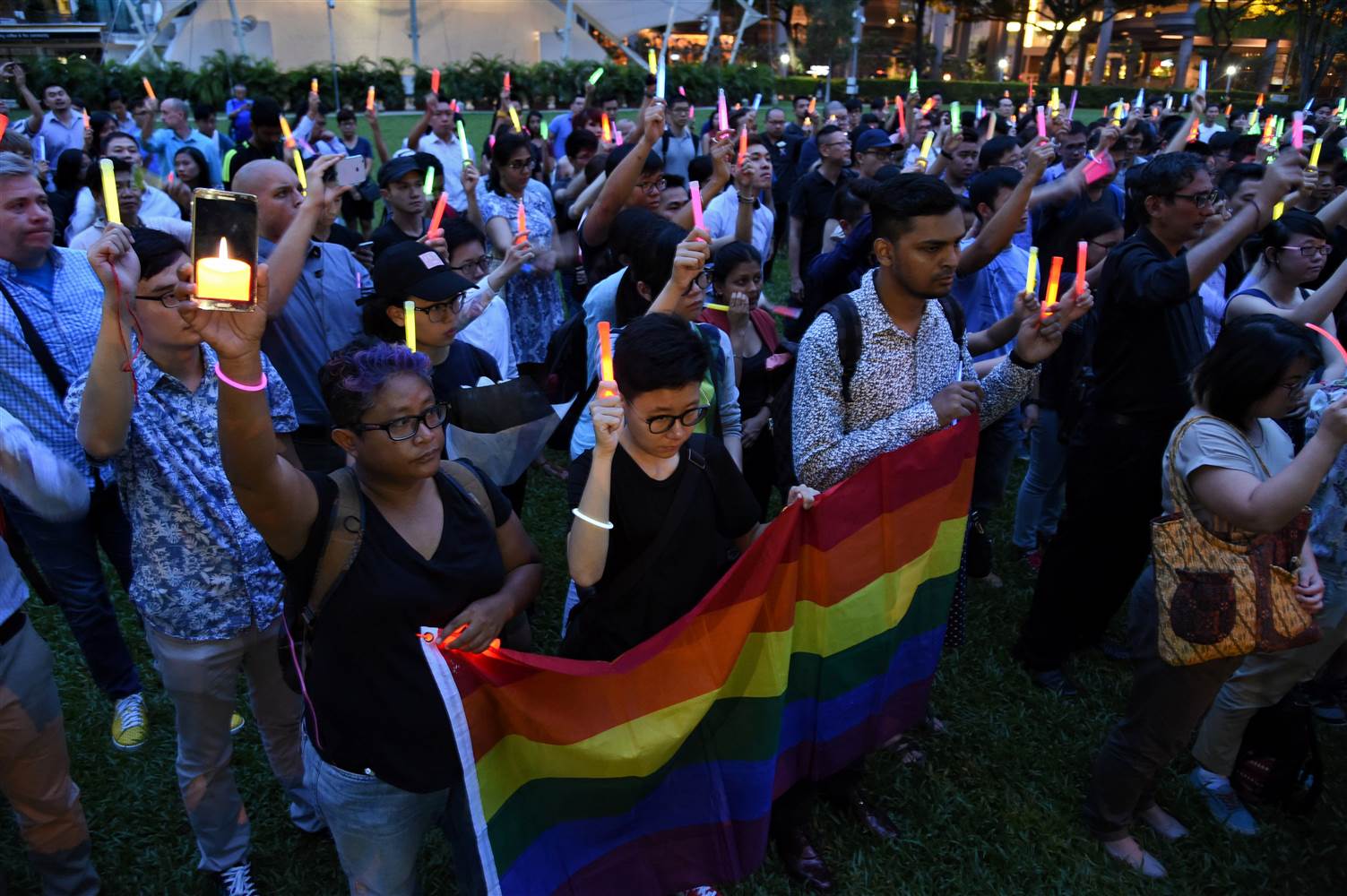 Singapore: About 400 people in Singapore on Tuesday held a vigil for victims of a mass shooting at a gay nightclub in Orlando, in which 50 people, including the shooter, were killed and 53 were injured.

Participants of this “WeAreOrlando Candlelight Vigil” held a minute’s silence for the victims and placed glow sticks and electric candles in a heart shape to honour the victims, Xinhua reported.

“People are coming together in the name of love. This shows that hate will not win…We want to tell them that hate will not win. Tonight, we show that in times of tragedy, people come together in the name of love,” Nicholas Lim, organiser of the event and also founder of an online LGBT (lesbian, gay, bisexual and transgender) community “GLBT Voices Singapore”, was quoted as saying.