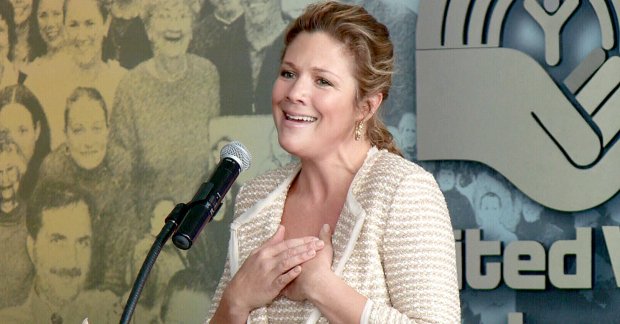 OTTAWA: The audience for Martin Luther King Day at Ottawa City Hall got an unexpected bonus Monday when Sophie Gregoire-Trudeau offered an impromptu a capella rendition of a song she wrote for her daughter.

The prime minister’s wife was a guest speaker at the city’s annual Martin Luther King Day event, but decided to go beyond simple remarks.

In a video clip posted on various media sites, Gregoire-Trudeau said she was inspired by singers earlier in the program and wanted to offer something of her own.

She launched unaccompanied into the song, entitled “Smile Back at Me.”

When she finished the short, bluesy tune, she was rewarded with a standing ovation from the guests, including former prime minister Joe Clark.

Clark was on hand to receive the DreamKeepers lifetime achievement award.

Gregoire-Trudeau, meanwhile, is no stranger to singing on camera. In December, she and her husband recorded themselves singing “Jingle Bells” in a clip posted on YouTube.