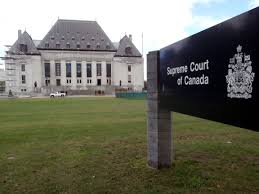 Victoria: British Columbia’s unionized teachers have won a long-standing battle with the provincial government over the rights to bargain class sizes in a ruling from the Supreme Court of Canada.

The decision overturns a B.C. Court of Appeal ruling that found the province did not violate teachers’ rights to negotiate in their collective agreement class sizes and the number of special-needs children in each class.

The province first imposed legislation that removed teachers’ ability to bargain class size and composition in 2002.

At a background briefing, government officials said the decision does not reopen the entire contract but it does restore the class size and composition provisions that were deleted in 2002.

The government says it wants to open talks with the teachers’ federation on the Supreme Court ruling.

The court says the justices voted 7-2 in favour of the federation and will release a written judgment within 48 hours.

After a B.C. Supreme Court judge deemed the law unconstitutional in 2011, the province imposed the new law the following year.

Similar to the previous legislation, it restricted school boards’ power to determine staffing levels and establish the size and composition of classes or how many teacher assistants can be hired per student in a school.

The dispute led to an acrimonious strike in 2014.

A B.C. Supreme Court judge ruled the legislation was unconstitutional but the B.C. Appeal Court overturned that decision a year later. Four of five appeal court justices found the province consulted meaningfully with teachers and that the legislation didn’t violate the charter.

Hansman said he expects to hear from the government as soon as possible about its plans to bring in more resources as a result of the Supreme Court of Canada decision.

“It’s going to mean that there’s going to be … a whole bunch of teachers’ positions restored in B.C. schools, a lot more frontline services for kids in B.C. and much better work life for our members in a very tumultuous school year of change,” he said in an interview.

Hansman estimates it will cost the government $250 million to $300 million a year to bring in the additional resources.

NDP Leader John Horgan accused the government of underfunding public education for more than a decade.

“Think about it for a minute, that from 2002 to now, kids have started in kindergarten and graduated only knowing underfunded classrooms,” he said.