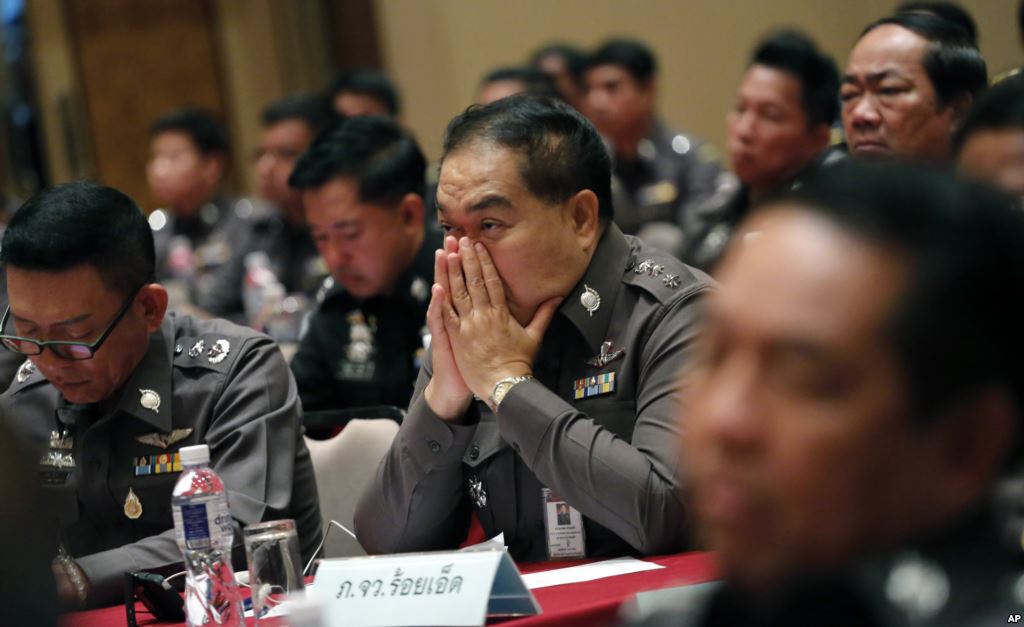 Bangkok, May 12 (IANS) An alleged leader of a human trafficking ring in Thailand surrendered himself to police, a media report said.

Suwan is among some 50 people wanted by police for suspected involvement in human trafficking in the country.

He faces charges of conspiracy to commit human trafficking, facilitating illegal entry of foreign migrants, illegal detention, and ransom, but he denied all the charges.

The police have arrested 17 of the 50 wanted individuals and they are hunting down those still at large, according to Aek, who is heading an investigation into the trafficking of illegal Rohingya migrants from Myanmar.

Since May 1, dozens of bodies of deceased Rohingya migrants have been exhumed from graves found in Thai-Malaysian border areas, while more than 200 Rohingyas have reportedly been rescued.

Police and troops on Monday continued to scour suspected locations for detention camps of illegal migrants in the country.

A group of 26 Rohingyas, including nine children, were rescued while lost in the woods in Songkhla.

They were reportedly headed for Malaysia but victimised by human traffickers who extorted money from them, according to police.

About half of the suspected sites have been searched so far, Army Chief Udomdej Sitabutr said.