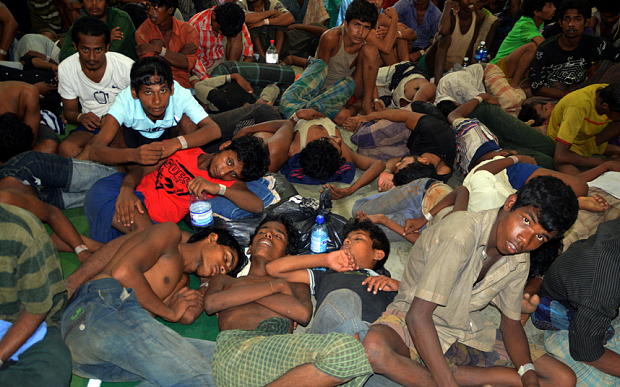 Bangkok: Thailand will create a “transit area” for illegal immigrants from Bangladesh and Myanmar, adrift for weeks on boats in the Andaman Sea, the Thai press reported on Monday.

Thai Deputy Prime Minister Prawit Wongsuwon said the country would not be a confinement camp but rather a place where the refugees would get food and shelter, according to the Bangkok Post newspaper.

The location of the transit area, however, is yet to be determined.

According to the UN, 6,000 people have been trapped on boats for weeks, seeking asylum in Thailand, Malaysia or Indonesia.

Until now, all three countries have prevented the boats from landing.

Despite the blockade, last week some 2,500 refugees, mostly Rohingyas, a Muslim minority group persecuted in Myanmar, disembarked in Indonesia.

Thailand and Myanmar are at odds with each other over the crisis, as Myanmar blames Thailand for the human trafficking problem.

It will boycott a meeting of Southeast Asian nations convened by Thailand on May 29.

Malaysia will begin talks with Thailand and Indonesia to tackle the crisis and pressurise Myanmar.