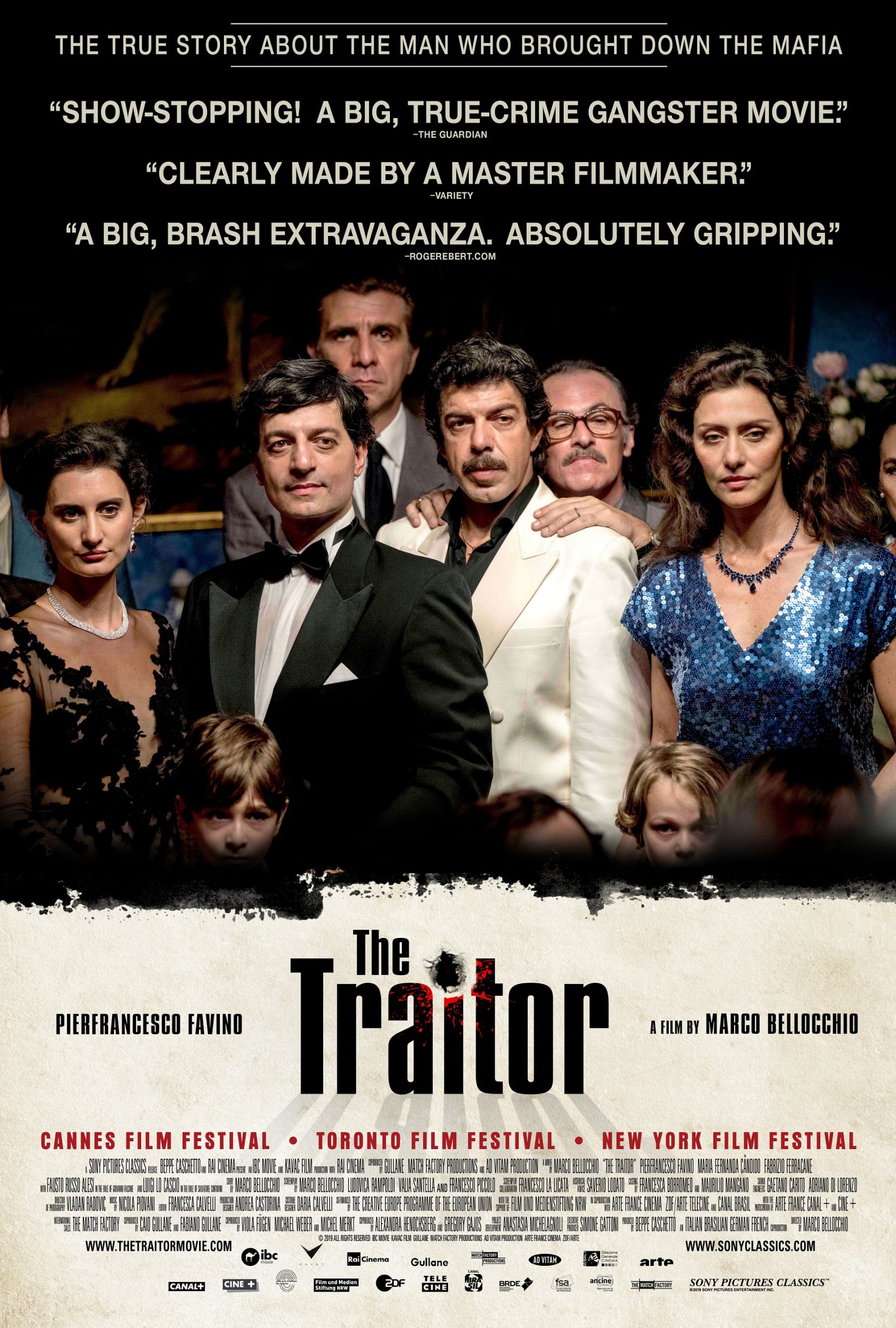 No one likes a snitch. Except the law. The long arm of the law is Centre stage in The Traitor. And in a true story this tale of mob justice from Sony Pictures Classics is an eye opener to be sure. Thanks to Mongrel Media British Columbia audiences get a chance to see quite the tale unfold at The International Village cinemas in Vancouver with free parking,
Cut from the same The Godfather cloth lets just say it’s not the best of times to be a member of La Costra Nostra. We all know that for years The Mafia has run things in parts of Italy. Soon these “entrepreneurs “ from Sicily would expand their trade to all parts of the world.
Leave it to lone brave judge Giovanni Falcone  to put the screws on a once powerful crime cartel in The early 1980s with a show trial second to none. All in is Fausto Russo Alesi who does his best to control a pack of jackals in a courtroom shrouded in dangerous men.
Leading up to this fabled public expose organized crime Italian style is the dynamic life of head honcho Tommaso Buscetta. Leave it to Pierfrancesco Favino to somehow make this gentle giant a rather sympathetic family man type character who must come to terms with various indiscretions done over a rather productive career. Never mind that that career included a host of lethal crimes.
No one is immune to crime and grudges. So when scores begin to get settled and a noose starts tightening around Tomasso’s head he decides to turn state’s evidence in a series of sensational show trials that would span almost a decade. Needless to say his brothers in Rome are not too happy with the results.
Powerful performances and that gritty gangster flavor make The Traitor riveting entertainment and give us a bird’s eye view into the power and force of the most ruthless and enterprising crime syndicate ever conceived. With a global reach and beautifully cinematography that takes us to Rio de Janeiro and Rome Director and writer Marco Bellochio pulls off a dynamic crime saga that is full of emotion and punch. Steeped in authenticity and with influences of the Corleonne clan dare I say Mario Puzo would be mighty proud of the results.
If crime and the mob is your think than you will be spellbound by this 2h 25m pursuit of justice.