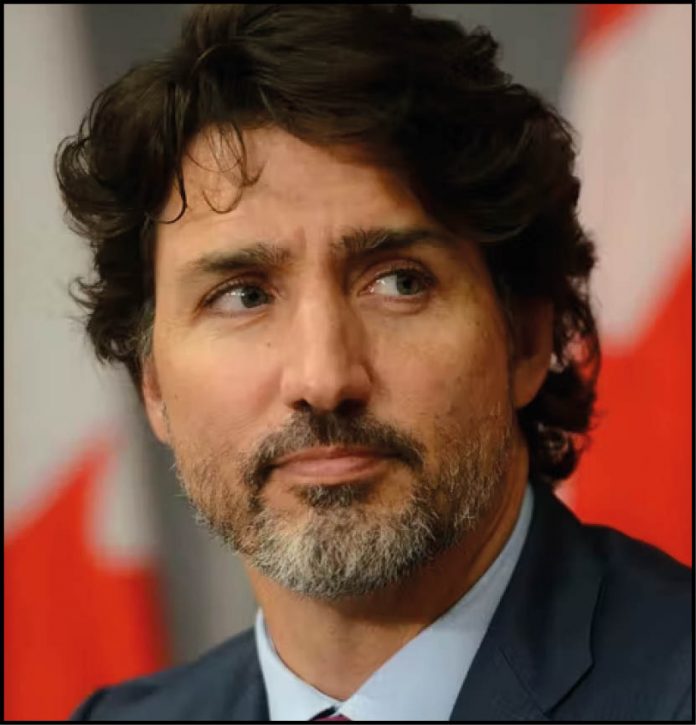 Justin Trudeau wants to see change at Hockey Canada.
As the federation continues to deal with the fallout from its handling of an alleged sexual assault and out-of-court settlement, the prime minister said Thursday the sport’s national body “has to do an awful lot’’ to regain the trust of Canadians.
“We need to see Hockey Canada demonstrating a level of transparency, accountability (and) understanding of the situation they’re faced with,’’ Trudeau told reporters at an event in Elmsdale, N.S. “There needs to be a real reckoning with what we saw from that organization, and the wilful blindness to something that other organizations have been faced with _ struggled with _ but made good decisions around.
“As opposed to what Hockey Canada’s been doing.’’
The federation has been under fire since news broke in May that a woman alleged eight players _ including members of the 2018 world junior team sexually assaulted her following a gala event in London, Ont., four years ago.
The woman was seeking more than $3.5 million in damages from Hockey Canada, the Canadian Hockey League and the unnamed players.
Details of the settlement are not public and none of the allegations have been proven in court.
It also emerged this week that Hockey Canada has been using its so-called “National Equity Fund’’ _ which is maintained by membership fees collected across the country _ to settle sexual assault claims.
“Their behaviour over these past years, and indeed, over these past months, has been not worthy of an organization that embodies so many hopes and dreams for young Canadians _ boys and girls _ for sport, for healthy living,’’ Trudeau said.
“So many parents entrust their kids to this organization and organizations that flow from that.’’
Hockey Canada, which said in an open letter last week it was reopening an incomplete third-party investigation into the London incident and is committed to a governance review, announced Wednesday that, effective immediately, the practice of using that fund for sexual misconduct claims would be halted.
Trudeau, who also blasted the organization’s leadership earlier this week, called the move a step in the right direction, but added later: “I think there’s a lot more that Hockey Canada is going to have to do before Canadian parents like me start trusting them.’’
Details of the fund, which has not been listed as part of the organization’s annual reports, are included in a July 2021 affidavit sworn by Glen McCurdie, who was then Hockey Canada’s vice-president of insurance and risk management, as part of a lawsuit launched by an injured player in Ontario.
McCurdie’s affidavit said “Hockey Canada maintains a reserve in a segregated account to pay for any such uninsured liabilities as they arise.’’ It goes on to say that “uninsured liabilities include potential claims for historical sexual abuse.’’
Meanwhile, police in London have ordered an internal review of the force’s investigation into the alleged sexual assault, which it closed in February 2019.
The organization has seen its federal funding cut off and corporate sponsorships paused after news of the alleged assault and settlement, which were first reported by TSN, first emerged.
Hockey Canada CEO Scott Smith and predecessor Tom Renney, who both testified in front of the Standing Committee on Canadian Heritage in Ottawa last month, will be back on Parliament Hill next week as MPs continue to press the under-fire federation for answers.
Smith, Renney, McCurdie and Canadian Hockey League president Dan MacKenzie are scheduled to testify Wednesday along with the commissioners of the country’s three major junior circuits.
Barry Lorenzetti, president and CEO of insurance provider BFL Canada, and Hockey Canada Foundation chair Dave Andrews are also scheduled to testify before committee on Wednesday.
Danielle Robitaille of Henein Hutchison LLP _ the law firm that conducted an incomplete third-party investigation for Hockey Canada _ is expected to appear Tuesday along with Minister of Sport Pascal St-Onge and officials from Sport Canada and the Department of Canadian Heritage.
Smith, Renney, McCurdie, MacKenzie, Courteau, Branch, Robison and Andrews will appear in front of committee under subpoena.
Smith, who’s also Hockey Canada’s president, took over for the retiring Renney as CEO on July 1.