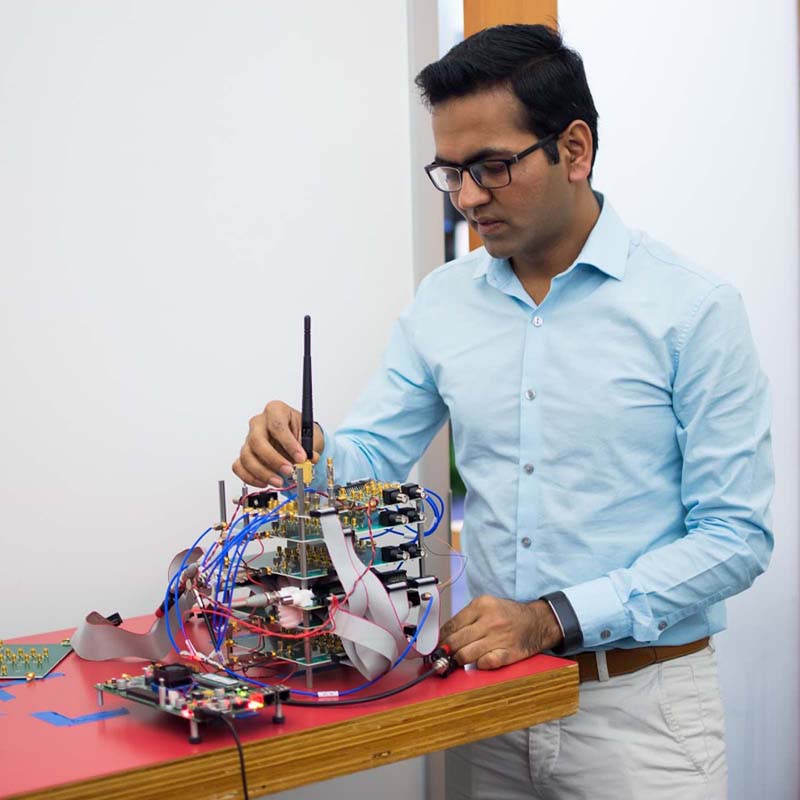 Washington/Bengaluru: Two Indo-American scientists from Massachusetts Institute of Technology (MIT) have been conferred with prestigious awards for their path-breaking inventions.

Nasik-born Ramesh Raskar, an imaging scientist and inventor at MIT, has been awarded the $500,000 Lemelson-MIT Prize 2016, it was announced at Cambridge, in Massachusetts, on Tuesday.

Raskar, 46, is the co-inventor of radical imaging solutions including femto-photography — an ultra-fast imaging system that can see around corners — low-cost eye-care solutions for the developing world, and a camera that allows users to read pages of a book without opening the cover.

“We are thrilled to honour Ramesh Raskar, whose breakthrough research is impacting how we see the world,” said Dorothy Lemelson, chair of the Lemelson Foundation, in a statement.

The technology, currently in development for commercialisation, uses ultrafast imaging to capture light at 1 trillion frames per second, allowing the camera to create slow motion videos of light in motion.

“Ramesh’s femto-photography work not only has the potential to transform industries ranging from internal medicine to transportation safety, it is also helping to inspire a new generation of inventors to tackle the biggest problems of our time,” Lemelson added.

“Everyone has the power to solve problems and through peer-to-peer co-invention and purposeful collaboration, we can solve problems that will impact billions of lives,” observed Raskar, who is also Associate Professor at MIT.

He plans to use a portion of the Lemelson-MIT Prize money to launch a new effort using peer-to-peer invention platforms that offer new approaches for helping young people in multiple countries to co-invent in a collaborative way, the statement read.

Bharadia, 28, a doctorate from Stanford University and an alumnus of the Indian Institute of Technology (IIT) at Kanpur, Uttar Pradesh, has been awarded for his contribution to radio waves.

“Bharadia has been chosen for the 2016 Paul Baran Young Scholar Award for his contribution to send and receive radio (wireless) signals, including mobile telephony and data on the same channel (wave),” the Marconi Society said in a statement.

“Bharadia’s research disproved a long-held assumption that it is not possible for a radio to receive and transmit on the same frequency band because of the resulting interference,” the statement said.

He will receive the award at a ceremony in Mountain View, California, on November 2.

Bharadia’s technology can be used in India to build relays which can listen to signals from a cellular tower, transmit them instantly and extend the range across the country.