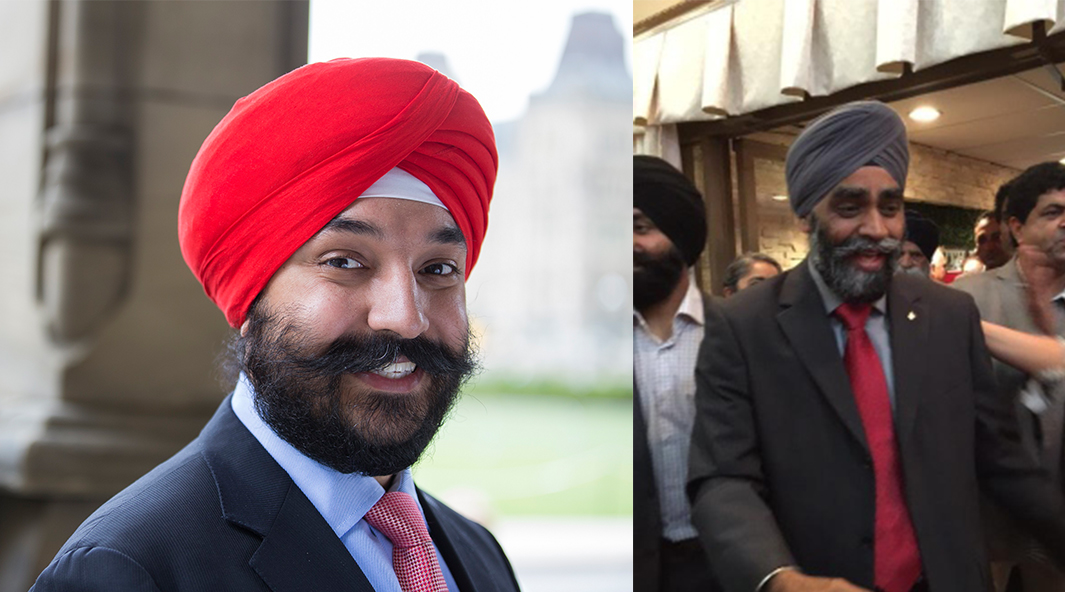 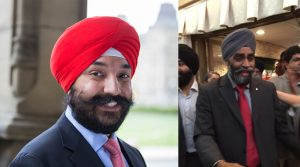 Ottawa, Nov 4 (IANS) The Punjabi community in Canada made history on Wednesday when two turbaned Sikhs, among four Indian Canadians, were sworn in as cabinet ministers, as 42-year-old Justin Trudeau took oath as the country’s 23rd prime minister at a grand public ceremony here.

Another Sikh, Amarjeet Sohi, who is not turbaned, has been sworn in as minister for infrastructure. A former bus driver, Sohi was jailed in India for two years in the 1980s.

A young Sikh woman, Bardish Jhagger, who is a first-time MP, has been sworn in as minister for small business and tourism.

Navdeep Bains, who played a key role in Trudeau’s election as the Liberal Party leader in 2013, has been awarded with the important cabinet berth.

Bains, who became MP for the third time last month by winning from Mississauga-Brampton, previously served as parliamentary secretary to the prime minister in 2005 when he was MP from 2004 till 2011 when he lost.

Considered very suave, Bains has been a distinguished visiting professor at Ted Rogers School of Management at Ryerson University in Toronto till now.

A decorated police and army official, Sajjan has been the first Sikh to command a Canadian regiment, called the Duke of Connaught’s Own which is a reserve regiment based in British Columbia province.

Sajjan has served in Afghanistan and Bosnia and been twice a special adviser on Afghanistan. He was given the Meritorious Service Medal in March 2013.

A father of two, the 45-year-old Sajjan was with the Vancouver Police Department for 11 years and served as a detective for the gang crime unit.

However, Sajjan’s nomination as the Liberal Party candidate from Vancouver South last year attracted controversy when many Sikh leaders resigned from the Liberal Party, alleging that the party leadership has been ‘manipulated’ by hardliner Sikhs of the World Sikh Organization.

Harjit Sajjan’s father Kundan Sajjan is a board member of the WSO which is alleged to have hardline sympathies.

But Sajjan told the Canadian Broadcasting Corporation last year: “I am not a member of the WSO. I’ve had no negative vibes from anybody.”

Harjit was five when his father moved to Canada from Punjab. His wife Kuljit Kaur is a family doctor.

In the outgoing government, Tim Uppal was a turbaned Sikh but enjoyed the rank of the minister of state.

Herb Dhaliwal was the first Sikh to become a full cabinet minister in Canada in 1997, followed by Ujjal Dosanjh in 2004. Dhaliwal held the revenue portfolio while Dosanjh held the very important portfolio of health.

Justin Trudeau, the 42-year-old son of charismatic former prime minister Pierre Trudeau who is credited with opening Canada to new immigrants in the 1970s, led the Liberal Party to win 184 seats in the 338-member House of Commons.

Trudeau is the second youngest prime minister of Canada.