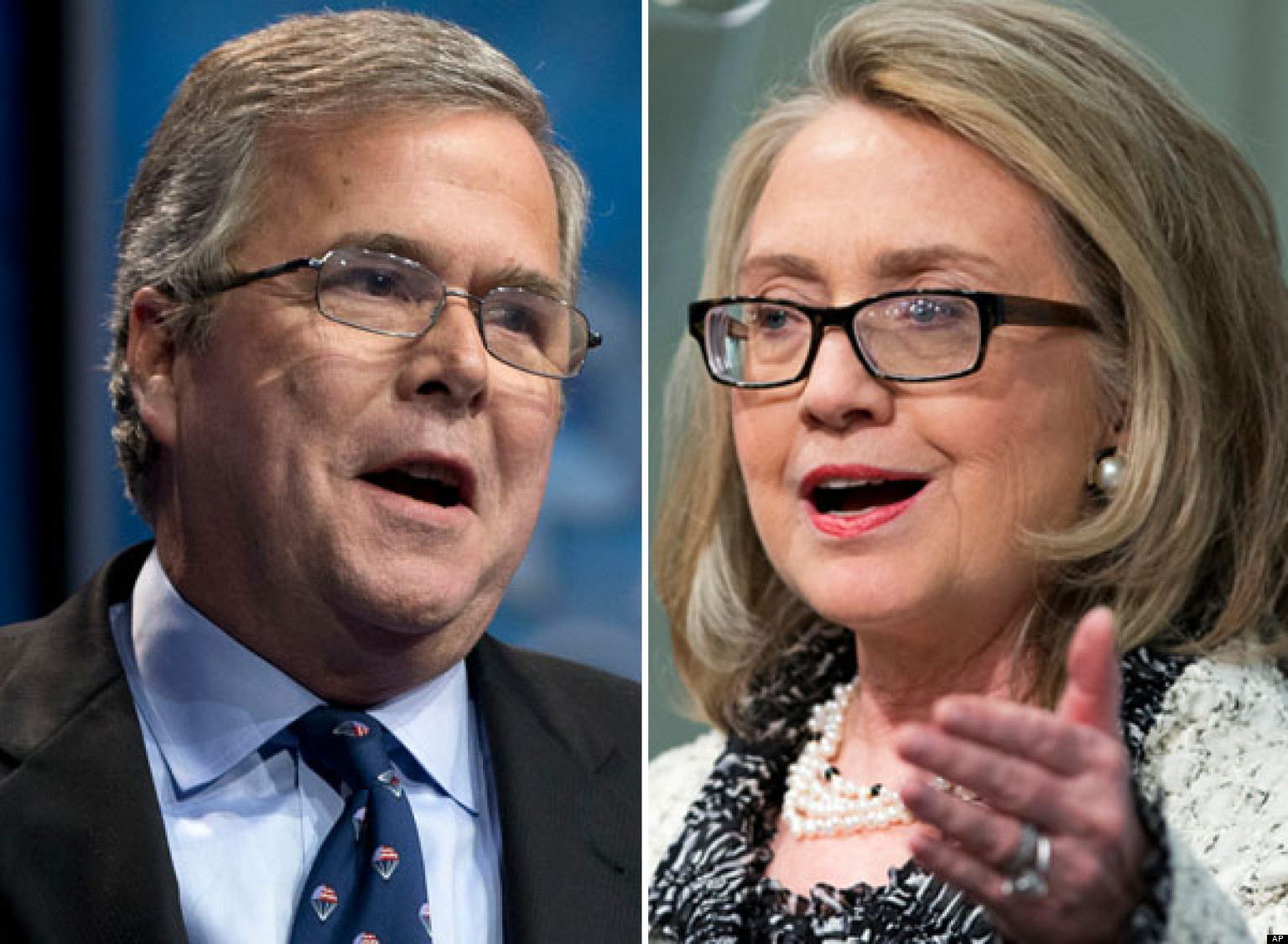 Washington, July 8 (IANS) As the US presidential race hots up, rival Democratic and Republican frontrunners, Hillary Clinton and Jeb Bush, are taking potshots at each other over immigration, while long shot Bobby Jindal criticised all as “talkers”.
The Republicans were on a “spectrum of hostility” that was really regrettable in a nation of immigrants like America, Clinton told CNN Tuesday in her first interview of the 2016 presidential race, but Bush and real estate mogul Donald Trump were singled out.
Jindal, the son of immigrants from India, who identifies himself as only “American”, also criticised Trump for his comments about illegal immigrants from Mexico being “killers, rapists, and drug dealers” even as he stuck to his own hawkish stand on the issue.
Bush “doesn’t believe in a path to citizenship. If he did at one time, he no longer does,” said the former first lady and secretary of state, while touring Iowa, the first state from where presidential campaigns traditionally begin with party caucuses.
She was “very disappointed” in Trump for his comments about immigrants and the Republican Party for not condemning his remarks more quickly, said Clinton.
The Bush campaign asserting that the former Florida governor “believes in a conservative legislative solution to fix our broken immigration system” in turn accused Clinton of flip-flopping on immigration.
“Hillary Clinton will say anything to get elected and her numerous flip-flops on immigration prove it,” said a campaign spokesperson in a statement.
In her interview, Clinton also dismissed the suggestion that the American people have a problem trusting her.
“People should and do trust me,” she said, blaming the “barrage of attacks that are largely fomented by and coming from the right” for fuelling such a perception.
Meanwhile, Louisiana Governor Jindal said Tuesday he disagreed with Trump’s comments about illegal immigrants from Mexico.
“I disagree with the comments. I see people as individuals, not members of ethnic or economic groups,” he told local NH1 newspaper in New Hampshire on a three-day swing through the first primary state.
“But what I believe is that we do need to secure the border, said Jindal. “Secondly, folks that want to come here should come legally, to learn English, to learn our values, to roll up their sleeves and get to work.”
Jindal also took a shot at his rivals calling them a bunch of talkers. “I think we have a lot of talkers running. I think we need a doer, not a talker.”
“We have a talker in the White House, it hasn’t gone very well,” he said of Democratic President Barack Obama.
The Washington Post reported that Jindal’s super PAC, a kind of independent political action committee that can raise unlimited funds so long as it does not contribute directly to a candidate, is about to lay down $706,210 for three more weeks of Iowa TV.
By Arun Kumar, IANS