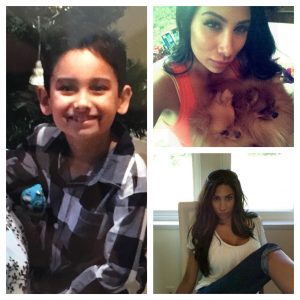 Vancouver: Vancouver Police, with the assistance of United States law enforcement, have located nine-year-old Emerson Cusworth safe near Phoenix, Arizona. His mother, Shawana Puja Chaudhary, has been taken into custody and is expected to be extradited to Canada to face charges.

Chaudhary shares custody of Emerson with his father and they have a court-ordered parenting schedule. Emerson’s father went to pick him up after school on Friday, March 9, per the schedule, but Emerson wasn’t there. Police were called and detectives from the VPD’s Special Investigations Section took over the investigation.

Detectives were able to track Chaudhary, Emerson, and his younger sister to the Phoenix area. With the assistance of the United States Department of Homeland Security, the three were located safe on March 27.

Chaudhary has been arrested for extradition to Canada and steps are being taken, with the assistance of the Ministry of Children and Family Development, to have Emerson and his sister returned to Canada.

Crown Counsel in B.C. has approved a charge against Chaudhary related to the alleged abduction. She will be arrested by the VPD upon her return to Canada in the coming days.

As the matter is before the courts, the family have requested privacy at this time.