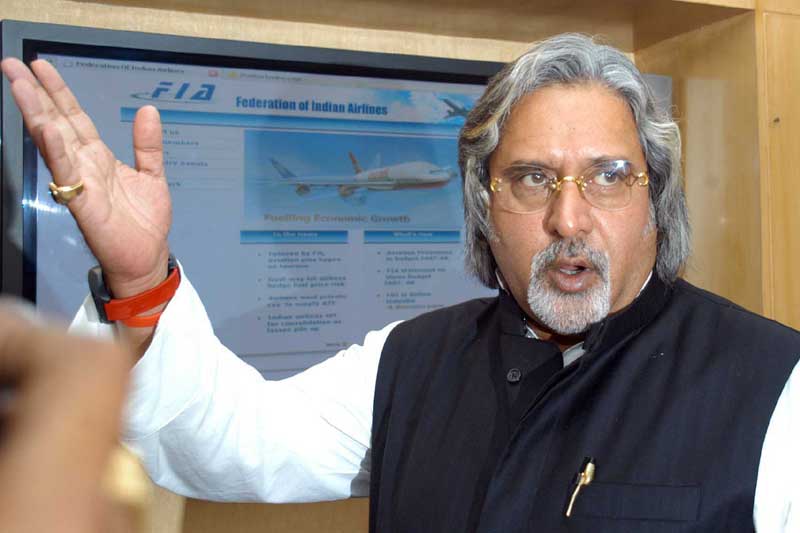 In a related development, the Enforcement Directorate (ED) in Mumbai asked the Prevention of Money Laundering Act (PMLA) special court for a non-bailable warrant against Mallya.

The ED plea for non-bailable warrant against Mallya is likely to come up for hearing on Saturday, sources said.

The suspension of his passport would make Mallya’s overseas stay difficult, sources told IANS. Mallya is in Britain since over a month now.

Mallya, who is wanted by the ED on charges of misappropriation of Rs.9000 crore he received in bank loans, left India on March 2. On March 11, the business tycoon tweeted that he is not an absconder.

Announcing suspension of Mallya’s diplomatic passport, the Ministry of External Affairs spokesperson said in a statement here: “On the advise of the Enforcement Directorate, the passport issuing authority in the Ministry of External Affairs has today suspended the validity of Mr. Vijay Mallya’s diplomatic passport with immediate effect.”

Mallya has been asked to respond within one week as to why his passport should not be impounded or revoked under Section 10(3)(c) of the Passports Act, 1967.

“If he fails to respond within the stipulated time, it will be assumed that he has no response to offer and the MEA will go ahead with the revocation,” the statement said.

On April 13, the Enforcement Directorate sought revocation of MallyaÂ’s diplomatic passport after he failed to appear before the probe agency.

Mallya is alleged by the ED of having skipped as many as three summons issued by the agency for questioning.

Earlier this month, Mallya had informed ED investigators that he will be unable to depose personally as he also had legal proceedings in the Supreme Court over settlement of a loans case.

On March 30, Mallya’s counsel told the Supreme Court that he has offered to pay Rs.4,000 crore to settle outstanding dues against the grounded Kingfisher Airlines on account of loans extended by a consortium of 13 banks headed by the SBI.

The Supreme Court on April 7 directed the liquor baron to disclose all his assets — movable and immovable and tangible and intangible — and other shareholding and beneficial interests in India and abroad by April 21.

An apex court bench of Justice Kurien Joseph and Justice Rohinton Fali Nariman asked Mallya to disclose all the assets held by his wife and children also and indicate the date when he can appear before it in person.

Industry watchers say trouble for the sitting, independent Rajya Sabha member from Karnataka, known for his lavish lifestyle, had begun shortly after he launched Kingfisher Airlines in 2005 as the aviation industry slowly started dwindling.

Mallya first took loans from IDBI bank in 2006 and again in 2009 got loans from a consortium of banks led by the State Bank of India (SBI) for airline. By 2007, he also had spent a huge amount to take over low-cost carrier Air Deccan.

But by 2010, the business tycoon had run into rough weather and tentatively had a debt of over Rs.7,000 crore — which only increased with the passage of time.