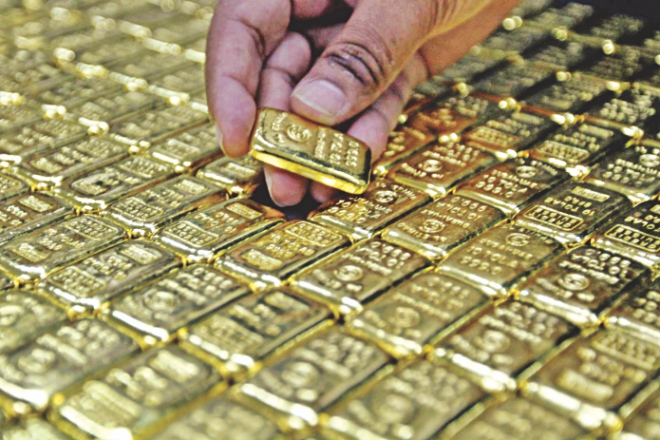 The gold bars were found strapped on the bodies of two passengers — Salah Uddin and Abu Sayeed — who landed in Dhaka by an Emirates flight from Dubai, bdnews24.com reported citing customs intelligence chief Moinul Haque.

The estimated market value of the seized 18 kg and 700 gm of gold is around Bangladeshi taka 93.5 million (about $1.2 million), according to the director general of the customs intelligence division.