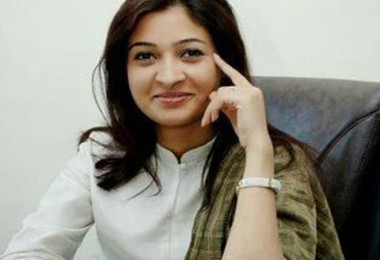 New Delhi, Nov 25 (IANS) The Aam Aadmi Party on Wednesday stepped up its attack on BJP legislator O.P. Sharma for his “derogatory remark” about AAP lawmaker Alka Lamba, who sought his disqualification as member of the Delhi assembly.

As Deputy Chief Minister Manish Sisodia asked the Bharatiya Janata Party to expel Sharma from the party for his remark against Lamba in the Delhi assembly on Tuesday, activists of Aam Aadmi Party’s youth and women wings protested outside Sharma’s house here.

Sharma was suspended from the state assembly till Thursday for calling Lamba “a woman who roams in the night”.

Sisodia called a press conference here on Wednesday, where Lamba and five other women MLAs were present.

“We have urged Deputy Chief Minister Manish Sisodia to ensure Sharma is disqualified as member of the assembly. Legal action should be initiated against him and he should be sent to jail for his comment,” Lamba said at the press conference.

“Sharma’s comment will create hurdles in the entry of more women into politics. No family will allow its women members to join politics after hearing such objectionable comment,” the AAP leader said.

“The BJP should take the responsibility. They gave a ticket to a person who uses indecent language. He crossed all the limits yesterday (Tuesday). The BJP should seek his resignation,” Sisodia said.

Five other Delhi women legislators also demanded strict action against Sharma and called his comment an “insult to all women”.