Adnan Sami to perform @ Vancouver’s Queen Elizabeth Theatre on Sunday, March 22. Adnan Sami was born in London, England to Pakistani father & Indian mother and it probably explains his popularity in Pakistan & India both, but the fact is that this singer, performer & composer is an artist par excellence, who has mesmerised music fans around the world. US based Keyboard magazine declared him the ‘Fastest Man on Keyboard in the World’ and ‘The Keyboard Discovery of the 90’s’, after seeing him performing at Stockholm, Sweden and he released his first Classical album ‘THE ONE & ONLY’ playing piano to Ustad Zakir Hussein’s Tabla in 1989. He acted, sang & composed the music of Pakistani film Sargam (1995) which lead to his next album Kabhi to Nazar Milao with India’s Asha Bhosle, which sold 4 million copies in India alone. Tera Chehra & Kisi Din are some of his other popular albums while his Bollywood stint started with Abbas Mustan’s Ajnabee (2001) and he later sang some very popular songs in films like Yuva, Saathiya, My Name is Khan, Jogger’s Park and the recently released Kill Dil, making him one of the most popular singer & composer. Adnan Sami is the only Asian artist to consecutively sell England’s Wembley Arena two nights in a row and while Pakistani Prime Minister conferred him with Life Time Achievement Award in 2010, the Indian Govt. honoured him with Glory of India award in 2011. Kamal Sharma, the President of KVP Entertainers & Kamal’s Video Palace, promises yet another musical entertainer as Adnan Sami is being presented by Surrey Honda as the Ismaili community celebrates Navroz at the same time and with Adnan coming back to Vancouver after almost 10 years, not only he’ll sing his classics but also his latest, which have made him the darling of masses around the world. Tickets at $ 35, 45, 55, 65, 75 & 100 + $ 3 F.C. are already available at Kamal’s Video Palace, Surrey (604-592-9777) & Shaaz Video, Burnaby (604-439-0463) and can be bought online from www.vtixonline.com. Please visit KVPEntertainers Facebook page or www.kamalvideopalace.com for more information as Adnan Sami will sell out soon!
How dirty is Indian politics? Well, watch “Dirty Politics”!!! 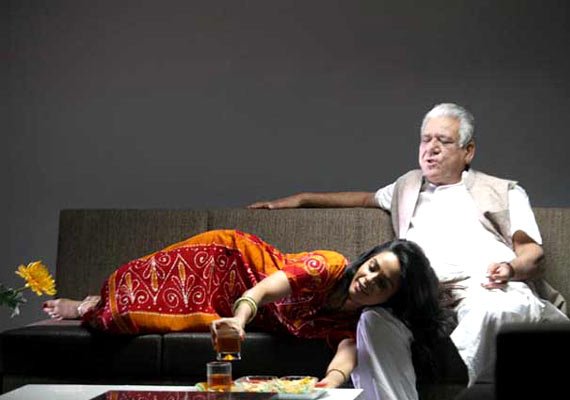 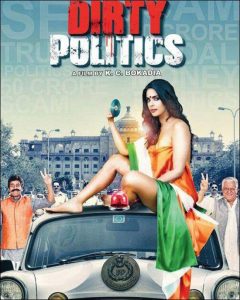 It was quite evident that ‘Dirty Politics’ was being played when a session court in Patna, Bihar put a ban on the upcoming release of K. C. Bokadia’s Dirty Politics, however, the ban was lifted when producer pointed it out that his film was cleared by the Censor Board without a single cut and the much in news film was released all over India. Supposedly based on the life of Rajasthani nurse Bhanwari Devi whose alleged romance with politicians Mahipal Maderna & Malkhan Singh and subsequent disappearance in 2011 became the national headlines, the film has been making news for quite some time. It’s said that Bhanwari Devi had physical relationship with both politicians and blackmailed them resulting in the gruesome discovery of her bones from a canal near Jodhpur,Rajasthan though her body was never found. Now made into a movie by K. C. Bokadia, who has made hits like Aaj Ka Arjun, the film stars Mallika Sherawat, Om Puri, Naseeruddin Shah, Jackie Shroff, Ashutosh Rana, Anupam Kher & Rajpal Yadav amongst others and has been involved in many controversies. Politics in Bollywood is nothing new as we’ve seen many political films like Leader, Kissa Kursi Ka, Aandhi, New Delhi Times, Kalyug, Main Azaad Hoon, Satta, Yuva, Hu Tu Tu, Sarkar, Sarkar Raaj, Rann, Gulaal & Rajneeti amongst many but K.C.Bokadia’s latest blatantly points the very reality of India’s politics and harps on the fact that we all associate with and that’s the dirtiness in politics or as the film is named Dirty Politics. While Mallika Sherawat’s body draped in India’s Tricolor raised the ire of many, her bold scenes with Om Puri & Ashutosh Rana have also been the subject of discussion and the latest is that Naseeruddin Shah’s character is based upon Arvind Kejriwal, the newly appointed AAP Chief Minister of Delhi, whatever the case may be, it’s certain that the film has created quite a stir and now it’s to be seen if this would result in heavier foot traffic at PVR’s. Meanwhile, politics seems to be getting dirtier in India and let’s hope that the audiences are prepared to see Dirty Politics as it’s something that they all are well aware of!!!
Sonam Kapoor has Swine Flu!!! 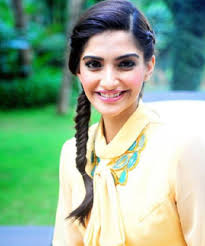 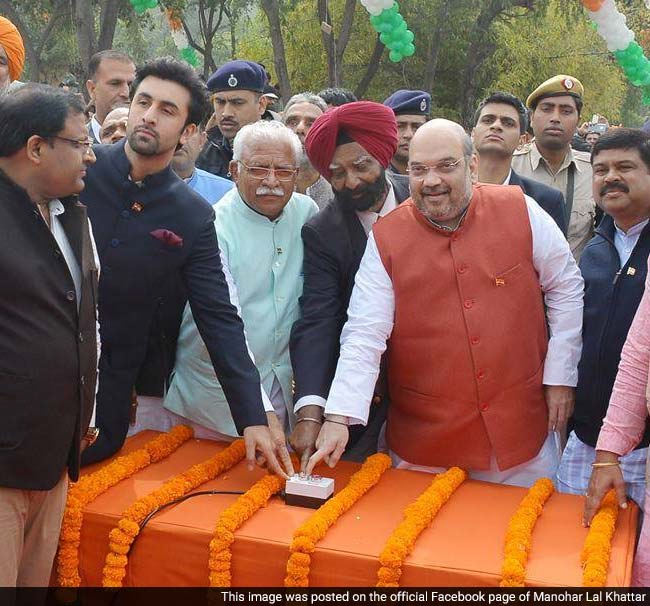 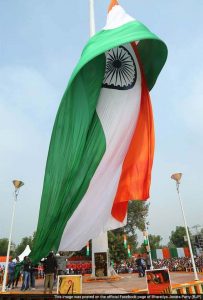 Sonam Kapoor, who was shooting for Sooraj Barjatya’s PREM RATAN DHAN PAYO at Rajkot, Gujarat, had to be admitted to the hospital after showing symptoms of swine flu and upon confirmation, she was airlifted to Ambani hospital, Mumbai and the latest is that she’s recovering while Salman Khan, Neil Nitin Mukesh and others continued shooting at Raj Niwas Palace in Rajkot; Manish Sharma’s Dum Laga Ke Haisha, in spite of being critically acclaimed, is still struggling at the box-office though it still did way better than Nana Patekar’s Ab Tak Chhappan 2, which has been completely rejected and now all eyes are on K.C. Bokadia’s Dirty Politics with Mallika Sherawat, Om Puri, Naseeruddin Shah, Anupam Kher & Ashutosh Rana in lead roles, along with Ganesh Acharya’s Hey Bro, Badmashiyan-Fun Never Ends & Coffee Bloom; Ranbir Kapoor was the major attraction at the hoisting of World’s Tallest Flag in Faridabad, Haryana and it was quite a sight; singer Tulsi Kumar’s reception in Mumbai was attended by almost everyone from Bollywood and with that, it’s time to say good bye but not before reminding you all to watch the Romantic Memories of music director Ravi Shankar Sharma (March 3, 1926 – March 7, 2012) on Sunday, March 8th @ 1 pm on SMC # 116! Kamal’s Video Palace, KVP Entertainers and singer-composer Adnan Sami Khan wishes you all a Very Happy Holi!