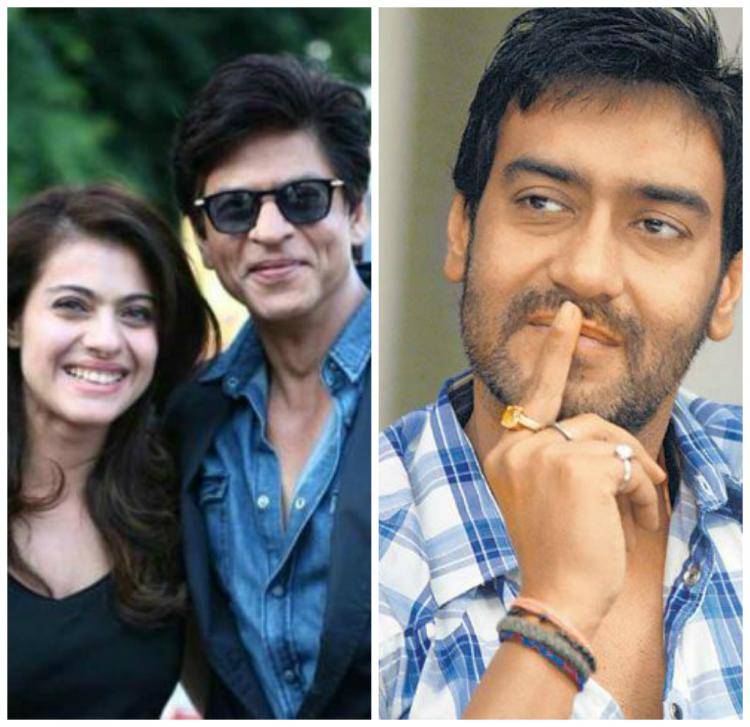 Rumours around Ajay’s cameo in the film began doing the rounds when the 46-year-old was photographed having dinner with SRK and his wife earlier this month in Bulgaria, where the film’s shooting is in production.
Talking to IANS about it here, Ajay said: “That’s not true. Its just a rumour. No I’m not doing a cameo in “Dilwale”. It was a coincidence that when I was there, at the same time they were shooting in Bulgaria. I went there for the location of ‘Shivaay’ and then saw Shah Rukh and the team there.”
Ajay was in the capital on Tuesday for the promotions of “Drishyam”, his forthcoming thriller drama, which is releasing on Friday.
Ajay and Rohit have together made hit films like the “Golmaal” and “Singham” series, “All The Best: Fun Begins” and “Bol Bachchan”.
Asked about his return to a Rohit Shetty film, Ajay said: “It all depends on the script. If the script would be right, I would love to work with anybody. Right now I have ‘Drishyam’ and after this ‘Shivaay’ and ‘Badshaho’.”
Directed by Nishikant Kamat, “Drishyam”, which is an official remake of the Malayalam film of the same name, also stars Tabu, Shriya Saran and Rajat Kapoor. The film will release on Friday.