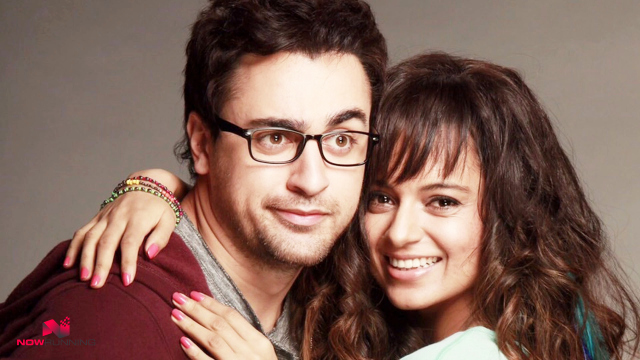 Mumbai, July 28 (IANS) Actor Imran Khan will unveil his co-star Kangana Ranaut’s directorial attempt for a small portion in their forthcoming film “Katti Batti” at an event here.
The actor will release the three-minute video at an event to be held in the second week of August. The makers of the film decided to launch the exclusive footage for the audiences so that even they could get a sneak peak into Kangana’s work as a director, read a statement.
Directed by Nikhil Advani, “Katti Batti” is an urban romantic comedy between two very different people. A sudden turn of events creates a distance between them.
The “Fashion” actress had directed a seven-minute sequence, but it has been edited and brought down to three minutes. However, the film’s spokesperson added that the scene is crucial to the storyline of the film.
“It is an extremely difficult and a pivotal sequence in the film. We have seen a glimpse of the same in the trailer, and makers are keen to launch it as a separate promotional unit,” the spokesperson added.
“Katti Batti” is scheduled to release on September 18.