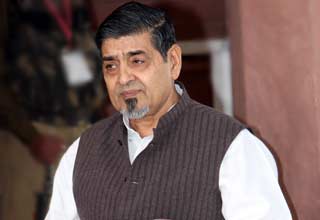 The SAD demand follows the alleged fresh exposure on the role of Tytler and other Congress leaders in the riots following the assassination of then Prime Minister Indira Gandhi.

“Jagdish Tytler’s open confession that he personally killed 100 Sikhs and his disclosure that Rajiv Gandhi was present along with him on the Delhi streets at that time proves that the late Prime Minister was not only a conspirator but an active partner in crime and the principal mover and motivator behind it,” Badal said in a statement here.

“Tytler is known to have functioned both as the right-hand man and conscience keeper of Rajiv Gandhi. Any inquiry into his politically-oriented actions and his claims about Rajiv Gandhi’s presence by his side will bring to light a host of disturbing truths. Truth must be (brought) out,” Badal said.

The Akali leader also demanded a probe into the role of other political figures close to the late Prime Minister during the said period.

Badal was referring to an alleged video of Tytler that went viral on Monday, wherein the controversial Congress leader made sensational disclosures regarding the killing of the Sikhs in Delhi and elsewhere.