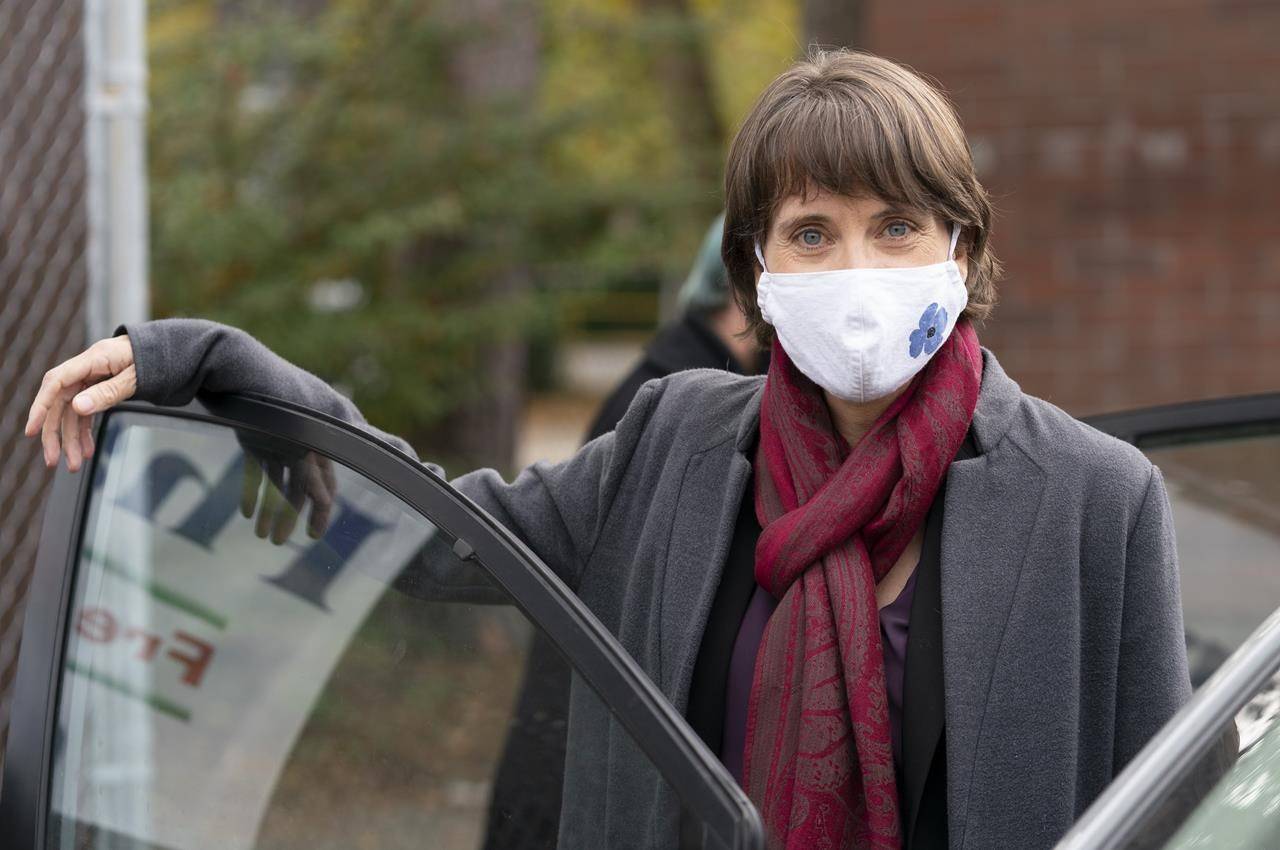 Vancouver: The leader of the B.C. Green party is betting on a legislature in which one party doesn’t hold all the power in the final days of a snap election campaign that began a week after her leadership victory.
After supporting the NDP in a minority government, Sonia Furstenau said she is driven by “a sense of purpose that we did improve governance and politics in British Columbia by having Greens in the legislature.’’
The election in 2017 brought the Green party power it had not previously enjoyed after its three-member caucus struck a deal with the NDP.
Furstenau, 50, points to the Greens’ role in policy-making over the last 3 1/2 years, from a ban on corporate and union donations to the fair wages commission to the CleanBC plan and work to protect wild salmon.
“The list goes on and on,’’ said Furstenau, who was first elected to represent the Vancouver Island riding of Cowichan Valley in 2017 after serving as the director for the regional district in Shawnigan Lake.
When COVID-19 hit the province, she said people saw the legislature at its best as members of all three parties worked together to tackle the pandemic.
“We recognized in this kind of health emergency that we had to put service ahead of everything else,’’ she said in a telephone interview, pointing to the rapid approval of $5 billion in funding for pandemic relief in late March.
The agreement between the NDP and the Greens was not unlike coalitions and other forms of collaboration common in some European countries, said Max Cameron, a politics professor at the University of British Columbia.
The Greens received nearly 17 per cent of the popular vote in 2017 yet received just three seats under the province’s first-past-the-post electoral system, he noted.
The primary contest in this election is between the Liberals and the NDP, he said, but recent advertisements by the New Democrats target Furstenau as well.
“What that suggests to me is that they are conscious of the fact that some of Sonia Furstenau’s arguments are working with the electorate. She is saying we need collaborative government.’’
NDP Leader John Horgan said at his first campaign stop that any collaborative spirit from the summer had evaporated as the legislature was marred by partisan “contempt and acrimony.’’
Furstenau has decried his decision to send voters to the polls, calling the election unnecessary and irresponsible as the province grapples with the pandemic and charts a path to recovery.
On her seemingly strained relationship with Horgan, Furstenau said she expects to have a collegial relationship with everyone in the legislature if she is re-elected.
“But I’m not motivated by, you know, having a buddy friendship,’’ she said, referring to former Green leader Andrew Weaver, who has expressed his support for Horgan in Saturday’s election.
Furstenau calls the Greens’ platform “incredibly progressive’’ when it comes to social policy and she drew praise for her answer to a question about white privilege during the televised leaders debate in the campaign.
She acknowledged that she can’t fully understand what it’s like to experience racism and highlighted the Greens’ proposal to introduce anti-racism education for all students in kindergarten to Grade 12.
The Greens also promise to establish a basic income for youth aging out of care, as well as a yearlong period in which people receiving income support can earn extra money without it being clawed back.
Income assistance as it’s currently set up entrenches people in poverty, said Furstenau, adding that income certainty was essential to her well-being as a student and single parent in her 20s.
Cameron said the Greens have been working to stay to the left of the NDP and the biggest difference between the two parties could be their positions on the natural gas industry and Site C hydroelectric dam.
The NDP has offered the industry tax breaks and incentives, which Furstenau said is not only fuelling the climate crisis but also “locking us in the past’’ by curtailing innovation.