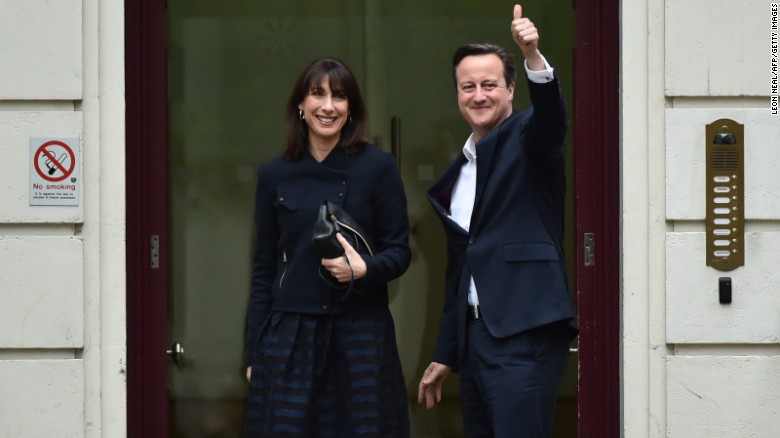 The number of Indian-origin members in the new House of Commons remains at 10, unchanged from the previous house.

Speaking outside No.10 Downing Street after visiting Buckingham Palace, Cameron said he would lead a government for “one nation” and make “Great Britain greater”.

The Conservatives won 331 seats, five more than the magic figure of 326 for a majority in the 650-member House of Commons.

In the outgoing house, the Conservatives had 306 seats, Labour 258, Liberal Democrats 57 and the SNP six.

The SNP has made a near-clean sweep with 56 out of a total 59 seats — recording its most successful general election victory ever. Its previous best was in October 1974, when it won 11 seats. The party won six seats in 2010.