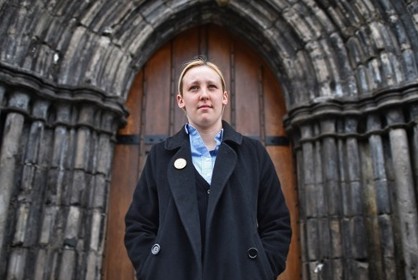 London, May 8 (IANS) A 20-year-old student belonging to the Scottish National Party (SNP) has become the youngest MP since 1667 after winning the Paisley and Renfrewshire South seat from the Labour Party’s campaign chief Douglas Alexander in the British general election.

Mhairi Black, who is a final year student of politics and public policy at Glasgow University, describes herself as an “ardent fan of football” and “a great lover of music” on the SNP website.

Her campaign focused on “austerity cuts and the draconian benefits sanctions which are leaving individuals, families and communities in despair and relying on foodbanks to survive”.

The SNP candidate took 23,548 votes compared to the Labour candidate’s 17,854, as the SNP picked up a record number of seats in Scotland, Mail Online reported.

Alexander, who was first elected when Black was just a toddler, had held the Paisley and Renfrewshire South seat since 1997.

“I have always been politically motivated, particularly for the pursuit of social justice,” she was quoted as saying.

“We need real action to support those in need. We need real powers in Scotland to grow our economy and we need a real voice who will put this constituency first and not their political career,” she says on her website.

But her campaign to become an MP was not without controversy. In February this year, the SNP faced calls to sack her when footage of her speaking at a pro-independence rally showed her labelling some of those who rejected independence as “gullible” and “selfish”.

She was also caught on camera admitting she struggled to stop herself head-butting Labour councillors.

Black’s win means she will be among a third of women MPs who are elected to the House of Commons — up from 148 at the last election.