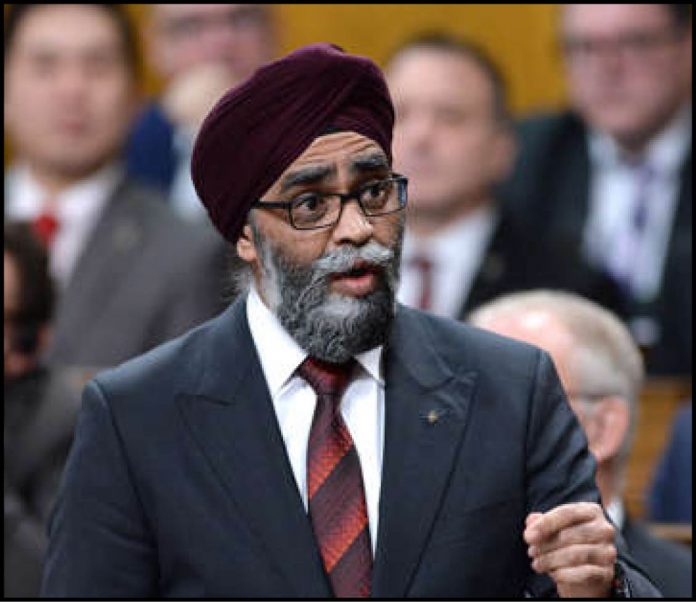 Ottawa: Canada is giving $229 million in aid for Syria and neighbouring nations hosting refugees from the war-torn state.
The aid package includes $169 million for food, clean water and hygiene and health services, as well as support for women facing sexual and domestic violence.
International Development Minister Harjit Sajjan announced the funding as Canada takes part in an international conference in Brussels on finding a political solution to the conflict in Syria.
The conflict, which has been waging for more than 10 years, followed a violent crackdown by the Assad regime on pro-democracy demonstrations in 2011, which escalated into civil war.
The aid package will also help Lebanon, Jordan and Iraq, where many Syrian refugees have fled President Bashar Assad’s Moscow-backed regime.
Some of the aid will help buy grain for the region, which usually relies on wheat from Ukraine as a staple food source.
But the conflict and blocking of Ukraine’s ports by Russian troops has put their wheat supply in jeopardy. Ukraine has warned that Russian troops have been looting its grain stores while men who would have planted the next crop and brought in the harvest are fighting the Russians at the front.
Ukraine is also a major exporter of sunflower oil, which is also imported by countries in the Middle East.
Canada’s aid is to be funnelled through the United Nations and international aid agencies, including the Red Cross and Red Crescent, and not through Assad’s regime, a spokesman for Sajjan said.
Canada has earmarked $60 million for development assistance, focusing on “empowering women and girls’’ and advancing gender equality, and social services supports for women.
“As we enter another year of conflict in Syria, millions of people still require urgent help. From providing clean water and nourishing food to providing support for sexual and reproductive health and rights, Canada will be there for those who have been impacted by this conflict,’’ Sajjan said in a statement.
“We must work to end this terrible humanitarian disaster.’’
The civil war in Syria has claimed over 350,000 lives, over 27,000 of whom were children, the United Nations has said.
But the Syrian Observatory for Human Rights, a U.K.-based monitoring group, estimates that the actual death toll exceeds 600,000, saying thousands have died of torture in government-run prisons.