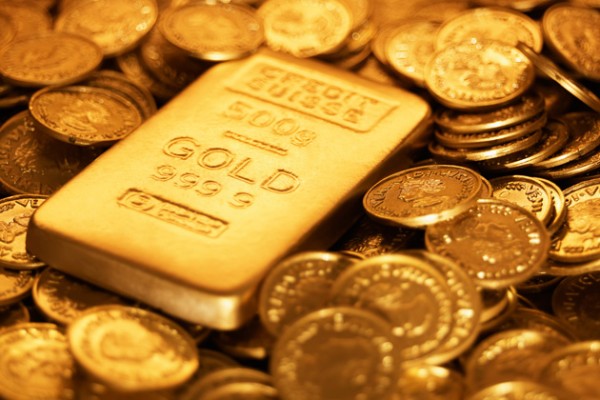 Beijing, July 20 (IANS) China on Monday dumped a huge amount of gold on the market, causing the price of the precious metal to fall drastically.
Gold prices crashed in Asian trade on Monday — falling almost 4 percent within a matter of seconds.
Business Insider Australia said a huge dump of bullion, equivalent to one-fifth of a whole day’s trade in a normal session, came on the market in China on Monday morning in a two-minute window.
Gold plummetted from $1,132 an ounce to $1,092 in the space of minutes just after 11.30 a.m. after five tonnes of bullion was unloaded on the Chinese market.
However, the price rebounded to $1,109 shortly after and it stayed around that level for the remainder of the day.
ANZ Bank analyst Victor Thianpiriya was quoted as saying that the “nature, size and timing of the heavy selling” suggests someone “was taking advantage of low liquidity or some sort of forced selling had taken place“.
“Close to five tonnes of gold was sold on the Shanghai Gold Exchange in a market where the normal volume traded is 25 tonnes in an entire day. The August 15 Comex gold futures also saw 7,600 contracts traded in the same two-minute window,” Thianpiriya said. Other media reports said close to 33 tonnes of gold were sold on the Shanghai exchange.
Business Insider report said that if it was “forced selling” then there could be more trouble. Forced selling generally means leveraged investors, who have used borrowed money to buy gold, are being forced to sell to pay back the borrowed cash.
China has already suffered buffeting in its stock market, which halted following government intervention.
Gold prices in India dipped on Monday to Rs.25,400 per 10 grams — the lowest in two years — with the precious metal losing its sheen on account of bulk sales in China and hopes of rate hike in the US.