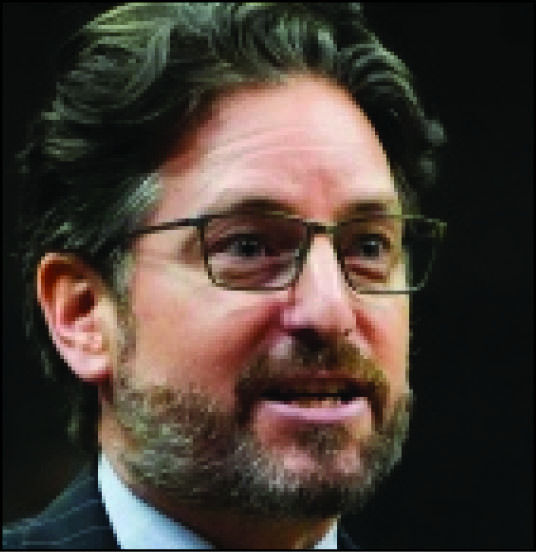 Ottawa: Canada’s Conservatives continue to reject the target the Liberal government set for reducing greenhouse gas emissions by 2030, as the party searches for a new leader who will decide its approach to tackle climate change.
On Tuesday, the federal government released its plan for how it hopes to achieve its latest goal, which is to cut carbon-related pollution by 40 to 45 per cent from 2005 levels by the end of the decade.
Tory environment critic Kyle Seeback says the party doesn’t support that plan. Instead, it favours the target the Conservative government set back in 2015 under the leadership of former prime minister Stephen Harper.
When he came into office later that year, Prime Minister Justin Trudeau signed onto the plan, committing under the Paris agreement to reduce the country’s greenhouse gas emissions to 30 per cent below 2005 levels by 2030.
Last year Trudeau increased those targets ahead of international climate talks in the fall, saying Canada now aims for 40 to 45 per cent below 2005 levels.
“It’s great to intend things and to hope for things,’’ Seeback said on Tuesday. “What we need (are) actual plans that result in emission reductions and what we get from this government are plans that cost a lot of money.’’
He pointed out that the Liberals have failed to achieve past climate goals and dismissed the plan presented Tuesday as lacking in details about the impact the reductions would have on resource-based industries and
taxpayers.
“I’m all for aspirational things, but at the end of the day, what we need are plans that actually work and don’t have incredibly catastrophic effects on the Canadian economy.’’
Conservative leadership contenders will need to address their ideas for the country’s approach to climate change as they compete for the party’s top job. The new leader is set to be announced Sept. 10.
Much of the party’s support comes from Western Canada, home to oil-producing provinces that want to ensure the sector’s survival. At the same time, the Tories have also had to deal with criticism that they didn’t present a plan to properly tackle climate change during the 2019 federal election campaign.
Candidates have kicked off the first weeks of the current race by championing a rallying cry from 2019 that remains popular with the grassroots: a promise to scrap the carbon price.
That’s something many members are excited to hear after former leader Erin O’Toole promised a carbon price of his own in an effort to course-correct during the most recent election.
Ottawa-area MP Pierre Poilievre has been beating that drum and plans to hold a rally in the nation’s capital Friday against the scheduled rise in the federal charge, which is set to take effect that day.
Poilievre didn’t directly answer when asked whether he supports the current government’s 2030 targets, but in a statement Tuesday said Trudeau would “drive up energy prices at home and oil production abroad.’’
He is campaigning on a promise to build more pipelines and end Canada’s foreign oil imports. When it comes to combating climate change, he vows to reduce emissions through “technology and not taxes.’’
“These technologies include carbon capture, emissions-free nuclear power and helping other countries shut down their coal-fired power plants by exporting them cleaner natural gas, nuclear power and hydroelectricity,’’ Poilievre said in a statement.
In another statement, Michelle Coates Mather, a spokeswoman for Jean Charest the former Quebec premier who introduced a cap-and-trade system for that province _ said he would release his plan for the environment in the “weeks ahead.’’
“Mr. Charest agrees with lowering emissions,’’ she wrote, adding he’s the only candidate “who has a track record on emissions and cutting pollution.’’

Since he entered the race, Charest has expressed support for carbon pricing, but has so far declined to say when he endorses one for consumer goods, like fuel.

On Tuesday, Brampton Mayor Patrick Brown also sidestepped a question about his support for Canada’s 2030 targets. He tweeted that Ottawa should forgo its planned increase to the federal carbon price and pledged to make sure the Conservative party has a climate plan that protects the energy sector and taxpayers.

Scott Aitchison, a rural Ontario MP who’s running for leader, said in a statement that he supports “Canada’s original Paris commitments’’ and believes in the need to shore up the country’s infrastructure against the effects of climate change to mitigate costs.