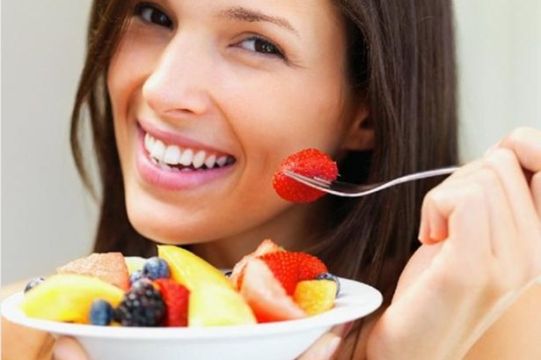 New York: Having a small healthy snack like a piece of fruit before shopping would not only help decrease hunger in the supermarket, it may also nudge you to select healthier items, suggests a new research.
The researchers found that those who ate an apple before shopping bought 25 percent more fruits and vegetables than those who did not eat one.
“What this teaches us is that having a small healthy snack before shopping can put us in a healthier mindset and steer us towards making better food choices,” said lead author Aner Tal from the Cornell University.
The researchers conducted three studies to test whether healthy snacks prime shoppers to make healthier food selections.
In the first study, 120 shoppers were randomly given an apple sample, a cookie sample or no sample at the start of their shopping trip.
The researchers found that those who were given the apple sample bought 28 percent more fruits and vegetables than those given a cookie sample and 25 percent more fruits and vegetables than those given no sample.
In the second and third study, the participants shopped virtually.
These experiments confirmed the findings of the first study. But the researchers noted that what influences shoppers behaviour after consuming a sample is not the actual healthfulness of the sample but its perceived healthfulness.
The findings suggest that grocery stores can encourage people to buy more produce by offering samples of fruits and vegetables to shoppers upon entering the store.
The study was published in the journal Psychology & Marketing.